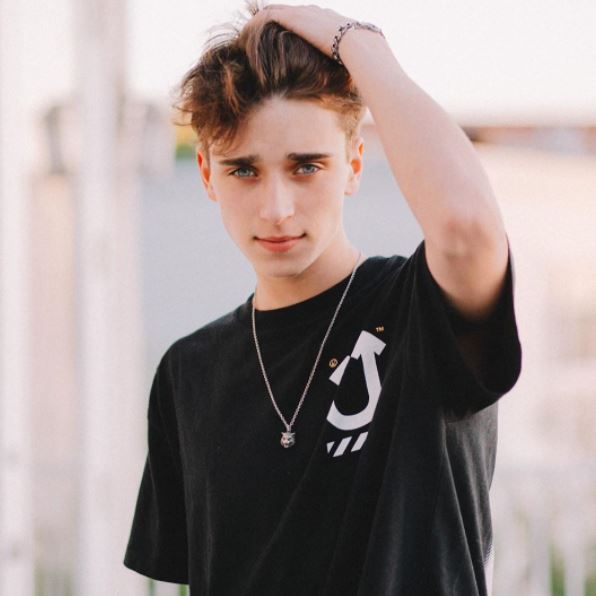 The TikTok star, Josh Richards, is in the riches of contents like social media drama and comedy skits. He believes TikTok as a raw platform, which hasn’t been mobilized fully-fledged. Hence, Josh desires to make it a high production value by elevating interaction with millions of his followers.

Despite the spat with fellow TikTok star, Chase Hudson, aka, Lil Huddy, Josh still sprinkles positive affliction among his fanbase. Let’s unlock amusing facts of Josh Richards; we have never heard before:

How Tall Is Josh Richards?

He is one of the blue-eyed heartthrobs from TikTok premises. Aside from striking appearance, he has a towering height of five feet and eleven inches.

His physique is lean but blessed with ripped muscles. One can have a glimpse of his shredded muscles in TikTok videos, Instagram snaps, and amidst the diss track dedicated to the Hype House’ Chase Hudson, aka, Lil Huddy.

How Much Is Josh Richards’ Net Worth?

More than fifteen million followers wait for Josh’ dancing, lip-syncing, and video skits with his friends. While he was eight years old, he started posting content on social media. He learned captivating audiences and monetizing products with the virtue of social networking sites. In 2017, he hired a manager and soon partnered with TalentX Entertainment, a management company, which constitutes notable social media personalities.

He is making out big on every possible social media platform- YouTube, Snapchat, Twitter, and Instagram. Moreover, he has tasted being a part of Hollywood projects, Dillon in the 2019 film Summertime Dropouts and Logan in Brother’s Keeper.

Josh Richards’s net worth promises a big amount. He resides rent-free in a Bel-Air mansion alongside five other influencers within a group called, The Sway House. They share king-size space while creating afresh contents for TikTok, Snapchat, Instagram, and YouTube. If the figures are meant to be calculated in numbers, Josh Richards’s net worth estimates at $250K by way of sponsorships, endorsements, acting gigs, and YouTube.

Josh Richards’ Girlfriend Is a TikTok Star Too

Fans dub Josh Richards and Nessa Barrett as ‘Jessa.’ Since October 2019, the pair has been relishing one another’s company. How did they meet? Nessa is also a notable TikTok personality embraced by more than 5.5 million followers.

Josh found Nessa from one of her videos on the For You page of the app. Then, he rushed hotfoot to her DM as he was smitten by her elegant looks. At one point, the pair fitted into the criteria of each other crush too. She took Instagram to unveil ‘Josh is mine’ aloud. However, fans already knew something was between them for the reason that they shared amazing chemistry on TikTok screens.

Why Did Josh Richards Drop Diss Track For Chase Hudson?

In accordance with gossip mongers, Chase Hudson DMed an explicit picture to Nessa Barrett despite dating Charli D’Amelio. So, Josh dropped a diss track titled “Still Softish” with fellow TikToker Bryce Hall. But it wasn’t the only reason that led Josh to create and release the diss track. In one of the Q&A sessions, Josh divulged that Chase attempted to fool around with Nessa though he was in a relationship with Charli.

Well, fans think the duo’s tiff isn’t real. Chase wasn’t upset when he watched the song, “Still Softish” dedicated to him. In contrast, Josh revealed in a tweet that Chase tried to connect with Josh and then apologized for the incident:

“Nick Austin FT me and told me chase tried to reach out, told the bud we could talk. He apologized and the diss track was supposed to be my last voicing on the situation anyways. We aren’t boys like before but we thought the most mature thing to do was put the history behind us.”

18 years old, Josh Richards was born on January 31, 2002, in Ontario, Canada. Thus, he goes by Canadian nationality and white ethnicity. He was brought up with a brother named William and a sister named Olivia.

Josh grew up playing sports, including soccer and lacrosse. Apart from athletic scores, he is fluent speaking German, Italian, and Hungarian.

Michael Gruen, Vice President of TalentX Entertainment, considers Josh to be a standout influencer as well as charismatic and brilliant Tiktoker. Therefore he has been blessed with massive followers and remunerative social media business.