Among various internet celebrities, there is one guy of whom people are searching day and night right now. Yes, we are talking about muscular hunk Juanpa Zurita, of whom relationship status is still vague. If you do not know this guy, let me tell you that he is an Instagram celebrity with more than 1.7 million fan followings. Also, we count him as YouTuber as his subscribers count 5 million.

But, this is not a thing what I am going to discuss right now. What I will be talking about is dating life of him, with someone from the same profession. She is none other than Lele Pons, who is described as the Queen of Instagram. With more than 18.6 million followers on Instagram and 5 million subscribers in YouTube channel, she is already a famous person.

So, are they together? Is Juanpa Zurita dating Lele Pons? Let’s get right into the topic!

Is Juanpa Zurita Dating Lele Pons? Is It Just A Rumor?

The young star Juanpa, 21, in any interview; he is asked whether he is dating Lele, 21, or not. It’s like usual to both of them as they are mostly seen out hanging, and going on a trip. We became successful in gathering all his information connecting her from the respective Instagram account.

What’s more? We can see another picture in which both are sharing a passionate kiss. We took out this picture from Facebook account. 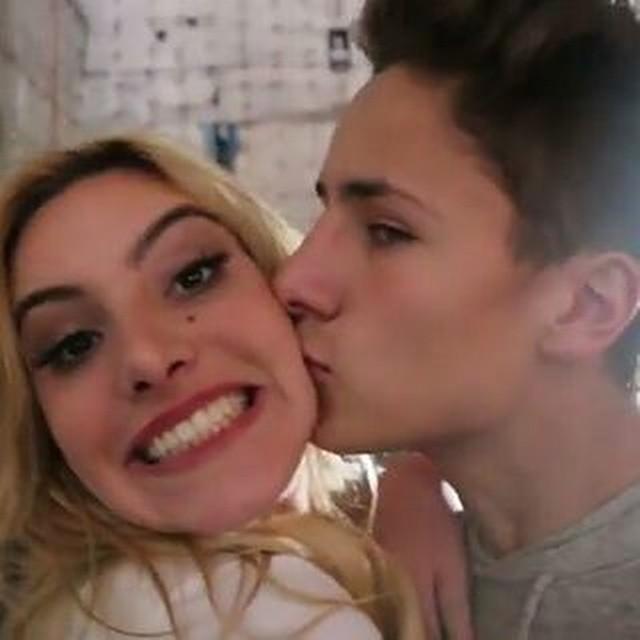 Despite all the facts and figures found, and the proof, both deny being together. In the year 2016, 15th June, Lele Pons shared a video, in which she mentioned about not being in relation, and being single.

‘No, Juanpa and I, we’re not in love. We are just close friends, stepping up might be in future, Sorry!’

Here, you can watch the video.

Although both denied being together, this year 2017, we got to see something good. In MTV Millennial Awards held in Mexico, we saw both kissing each other. Here is the exclusive video for that:

Such award kisses are not rare things for most of the celebrities, but was this kiss similar? We don’t think so.

Later, in next day, Lele shared a photo on her Instagram account, of the lip-lock kiss. She also captioned: ‘About last night!’

I think these might be sufficient proof of both being in a relationship. But we cannot claim until both agree and announce their love life.