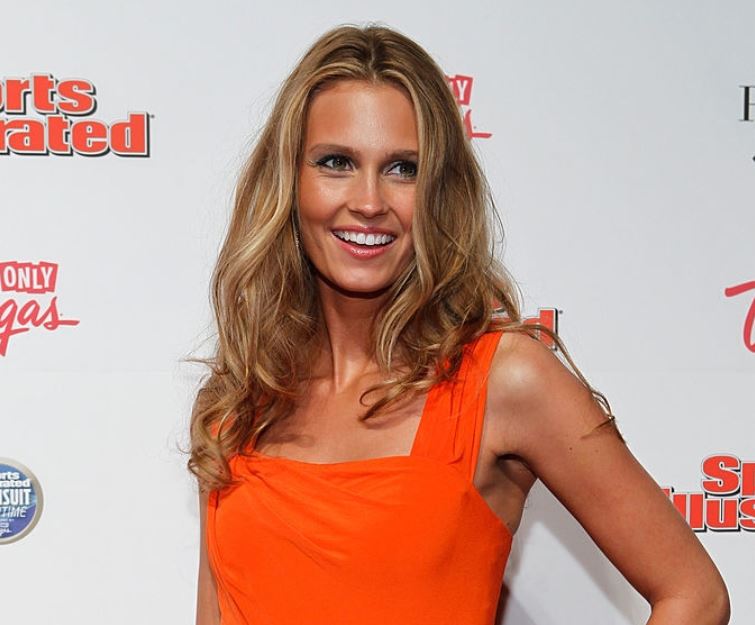 Kathy Leutner is a Virginia-born American model who has graced the covers of many popular magazines – particularly bridal and fitness magazines. She gained public attention after she flaunted her toned body in Sports Illustrated’s Swimsuit Edition as a model. Besides, she is renowned for her longtime relationship with one of the greatest NHL players, Sidney Crosby.

Kathy started her modeling career at the age of 18 after a modeling agency scouted her. She signed the contract of modeling for a store in her hometown. Her beauty and talent led her to become one of the supermodels in the United States. She also appeared on the covers of various famous fitness magazines including Sports Illustrated. She has also worked for Abercrombie & Fitch.

Kathy is in a relationship with her boyfriend, Sidney Crosby, a famous NHL star. The couple started dating back in the year 2008.

After Kathy’s modeling career took a rise, there was a rumor that the couple got separated because of the difficulties caused by the long-distance relationship. However, her boyfriend, Sidney uploaded a photo on his Instagram where they were kissing each other, which shut down the rumors about their separation. He is no more active on Instagram and has already deleted the account.

The couple is very quiet and private about their love affair. They seldom make appearances together, and neither of them is active on social media. They have perfectly managed to keep a low-key dating profile.

For now, Kathy is reportedly unmarried. It’s still unknown whether she is engaged to Crosby.

Kathy Leutner was born on 13th December 1987 in Virginia, making her current age 31. She was born to parents – John and Judith Leutner. She spent her entire childhood in Virginia and grew up with her sister, Jennifer Ann Dybsky. Growing up, she went to Chantilly High School and graduated in 2004. When she was 18, one of the modeling agents scouted her in a store, which led her to be the supermodel of the United States.

Kathy has a decent height of 5 feet 8 inches. She has green eyes and blond hair.