Kay Adams is a famous sportscaster as well as a television personality, who mainly focuses on fantasy football. Currently, she hosts Good Morning Football, a daily morning news program that airs on the NFL Network. She is committed to making sure that NFL fans see the sport as a 365-day-a-year affair. Before finding her place in sports media, she took a number of odd jobs, which was not a cakewalk.

She started her career as an in-game host for the St. Louis Cardinals (NFL) at their home games. Her first work was on fantasy football shows, which include SiriusXM’s Livin’ the Fantasy and SiriusXM Fantasy Drive. She moved to anchor DirecTV’s Fantasy Zone on DirectTV, a companion of the NFL Sunday Ticket package. 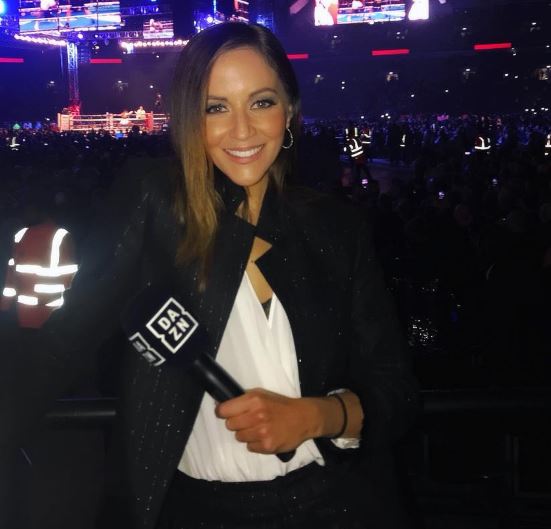 She made a guest appearance on 17th October 2012 edition of the Late Late Show with Craig Ferguson. Since 2016, she has worked as one of the co-hosts of NFL Network’s Good Morning Football, where all the members discuss the day’s hottest football topics and are regularly visited by NFL players and coaches. She also hosts special events for the Chicago Bears.

According to The Bureau of Labor Statistics in May 2017, radio and TV announcers earn an annual income of $32,450. She adds the decent sum to her net worth through her endorsed brands like Cheetos, MDNA Skin, Chicago Bears, Olay, Virgin Hotels Chicago, and many others. Her net worth dwells around $300 Thousand.

Kay was allegedly dating an American football wide receiver, Danny Amendola in 2015. She sparked the dating rumors with Danny when she appeared in ESPY Awards with him.

However, the alleged couple did not address the dating rumors. Their romance swayed away from the public after Danny signed a three-years-contract to stay in New England in March 2015. 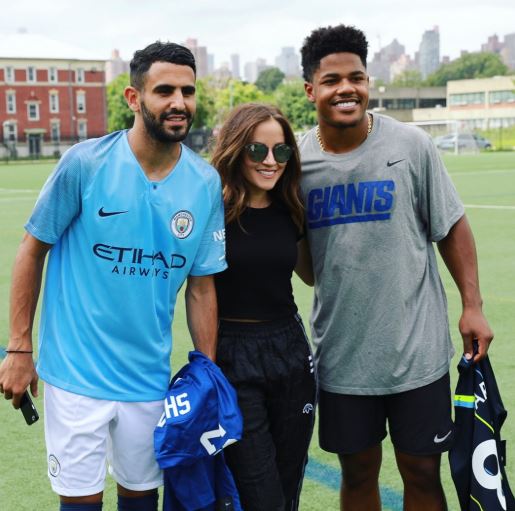 In February 2012, Kay tweeted that her boyfriend watches ‘Teen Pregnancy’ on MTV during the Saturday nights. In December 2013, she also joked with her Twitter follower ‘Dynastradamus’ when he addressed her as his “girlfriend.” Amidst the dating rumors, she hasn’t disclosed much about her current love affair. She is reportedly unmarried.

Kay Adams was born on 6th of April in 1986 in the United States of America. She is the youngest child of her anonymous parents and has an older brother. Her parents grew up in Poland and immigrated to the USA later. Growing up in a low-income family, she had to pay for school fees on her own. She attended Whitney M. Young Magnet High School in Chicago. Later, she joined the University of Missouri.

Kay is American by nationality and Polish American by ethnicity. She has a decent height of 5 feet 5 inches.