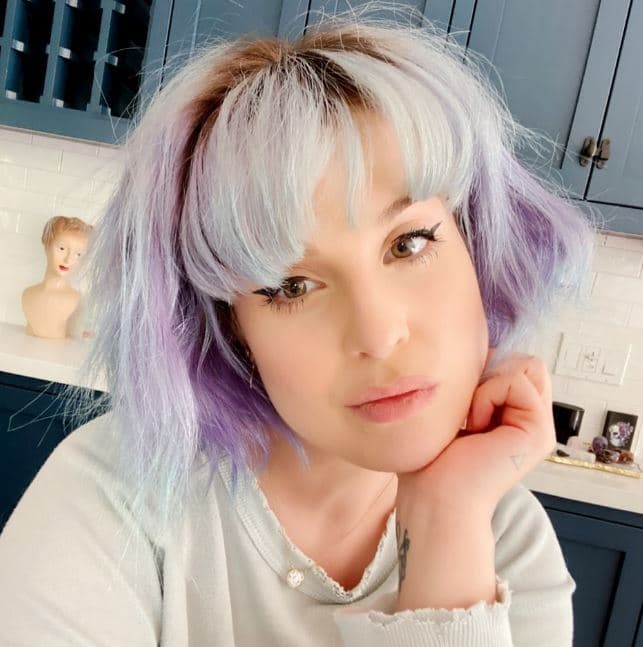 Kelly Osbourne is the well-known daughter of the famous heavy metal singer Ozzy Osbourne from Black Sabbath and the TV personality, Sharon Osbourne. However, Kelly has managed to move from the light of her parents and have her success in the entertainment world. She is a singer, actor, fashion designer, author, TV personality and songwriter.

Learn more on the daughter of Ozzy Osbourne and get to know facts on her life.

Kelly made her TV debut in her family show, The Osbournes. Later, she served as panelist and presenter of E!’s Fashion Police alongside famed comedian Joan Rivers. Likewise, she also appeared as a contestant on Dancing with the Stars. Besides, Kelly has also appeared in over 20 movies, appearing mostly as herself. As a singer, she has released two albums.

She released her debut studio album Shut Up in 2002, which reached #1 on the US Heatseekers chart and #31 in the UK. In 2005, she also released the album Sleeping in the Nothing in 2005 which hit #2 on both the US Heatseekers and US Electronic charts. The singer has also appeared as a judge on TV series Project Runway Junior, and Australia’s Got Talent and has been doing various voice work, including Hildy Gloom on the Disney XD television series 7D. As of 2020, Kelly Osbourne has a net worth of $18 million.

While Kelly has been involved in multiple relationship over the years, the British singer seems to be single as of 2020. She shared,

She was last known to be dating Jimmy Q, and the couple was spotted in a few events together. However, the relationship did not last much as they only dated for four months in 2019. In 2016, Kelly dated Kes Glozier, the editor-in-chief of The New British magazine, for a few months. She was also in a relationship with Matthew for six months in 2014.

Besides, Kelly was engaged to Matthew Mosshart, the vegan chef. The couple met in 2011 and were engaged after two years of dating but soon called it quit in 2014. She had dated Anton Lombardi in 2011 and was engaged to Luke Worrall in 2008. However, Kelly broke off the wedding after her boyfriend was rumored to be cheating.

Kelly Michelle Lee Osbourne was born in 1984 in London, England. She celebrates her birthday on 27th October, which makes her age 35. She is the daughter of Ozzy Osbourne and Sharon Osbourne. Kelly has an elder sister, Annie, and shared siblings from her father’s first marriage, Jessica Hobbs and Louis John Osbourne. Besides, she also has an unofficially adopted brother, Robert Marcato.

Kelly attended private schools in England, Pipers Corner school. She holds an American nationality and comes from a mixed ethnicity of Irish and Jewish. Likewise, Kelly has a height of 5 feet and 2 inches.