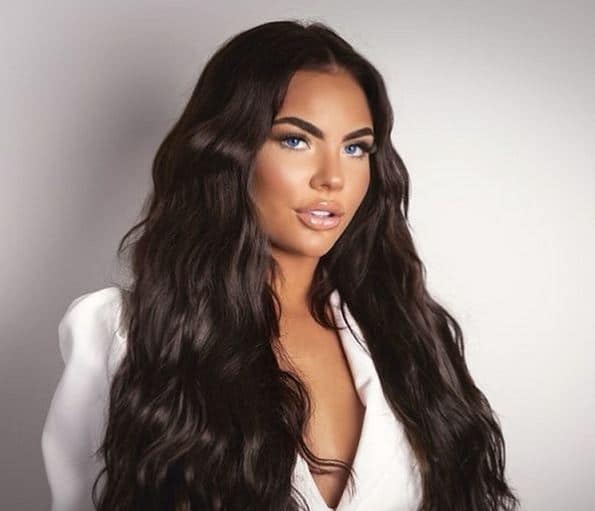 Kelsey Stratford is a reality TV personality who shot to fame after her appearance in the series 24 of TOWIE in 2019. She had joined the reality show with her good friend, Chloe Brockett. As a TV celebrity, she is represented by KMPR Publicity Management.

Kelsey was one of the participants of the series 24 of TOWIE, which aired on the television on 17 March 2019. Before appearing in TOWIE, she worked as a one-to-one tutor for children with special needs.

Kelsey gained much attention after her debut on TOWIE, and she has now amassed 89k followers on her Instagram page. She now endorses various fashion brands and does modeling too.

The TOWIE star has earned quite a fortune after her appearance on the reality program. As of June 2020, Kelsey has an estimated net worth of $300 Thousand.

Kelsey is currently single and doesn’t have a boyfriend. Before her appearance on TOWIE, she had ended her four-year-long relationship but never revealed the identity of her ex-boyfriend.

Kelsey Stratford doesn’t seem to have a boyfriend at the moment. Credit: Instagram; @kelseystratford

Kelsey is pretty tight-lipped about her dating status at the moment. Her Instagram account is also impotent on revealing her possible affairs and boyfriend.

Kelsey Stratford was born in the year 2000 in London to parents – Paul Mercer and Jeanette. Her birthday falls on 28 November, which makes her current age 19. She lives every day under the shadow of a heartbreaking family tragedy, which invariably affects her life.

Kelsey explained that she lost her baby brother, Karter when he was just five months old after he was born with an incurable condition called Type 1 Spinal Muscular Atrophy. This life-limiting condition affects people’s spinal cords and stops them from being able to eat, walk, or even breathe.

Karter’s twin sister Kennedy was also diagnosed with the same condition and received the proper medication in 2017. She has six brothers and sisters.

The Essex native has a decent height of 5 feet 4 inches. She has wavy blond hair and a perfectly toned body.