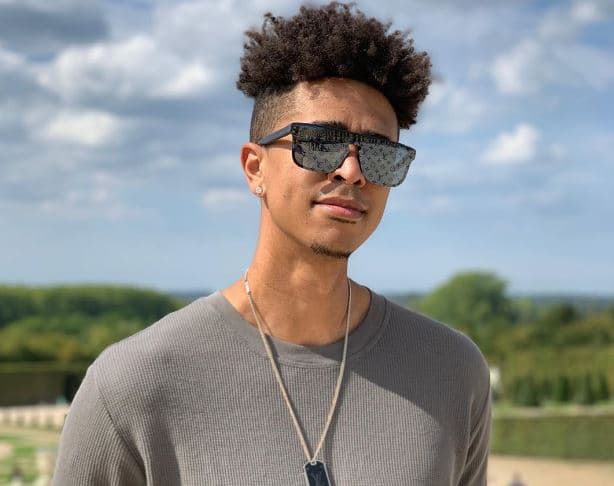 Kristopher London had dreams of playing basketball in the NBA, but after his dreams did not make it to reality, he soon started his career as a YouTuber with contents revolving around his favorite sport. The beloved YouTuber of many basketball fans, Kristopher London, has been making to mainstream media through his YouTube career, which he started in 2012. Likewise, his fame did not only stop on YouTube but has been making it on other social media platforms like Instagram and Twitter.

Kristopher earned a prominent part of his fame through his YouTube channel, “JustSayItMmokay,” which he started on 10th August 2012. His videos are based around topics in basketball with fun and comical challenges and reaction. The YouTuber has already earned over 2.12 million subscribers on his channel and has accumulated over 295 million views. Besides, many of his videos has earned hundreds of views while few have earned him more than a million views.

Besides, he has changed the channel name to Kristopher London and is also a part of the NBA 2k-focused web group 2Hype. Likewise, he also became a partner at Fullscreen and was featured at their Live Playlist Live Tour. Unfortunately, he was an aspiring professional basketball player who had to give up his dreams due to medical issues. His popularity also shines on Instagram, where he has more than 665 thousand followers. The YouTuber also sells merchandise of clothes with basketball references. As Kristopher London’s earning is still under review while his net worth is still a mystery.

To those curious to know about the love life of Kristopher, the YouTube star is in love with his girlfriend, Bri Martinez. The couple met through Twitter and has been dating for years. Likewise, Kristopher and his girlfriend has been sharing their love for each other through social media. Besides, Kristopher comes ahead when it comes to showering love to his girlfriend. Likewise, the couple also attended a basketball game together on the day of Christmas to which Kristopher recalls as the best Christmas ever.

His girlfriend is also a Instagram celebrity and has her own YouTube channel titled “Bri Martinez,” which has over 506k subscribers. She hails from Oregon and resides in LA. Besides, Kristopher and his girlfriend celebrated their Valentine’s day with a picture of them holding each other with an emoji of a heart.

Kristopher was born in 1993 in London, England. He celebrates his birthday on 3rd April, which makes his age 26. He was born with his real name, Kristopher Obaseki. Although his parents’ identities remain a mystery, the avid basketball fan has a sister, Olivia, with whom he also made a sibling test video.

He holds an English nationality and comes from a mixed ethnicity. Kristopher has a tall height of 6 feet and 10 inches.