Kyrie Irving is a successful Australian-born American basketball player who plays for the Boston Celtics of the NBA. He followed the steps of his father, Drederick Irving who also played basketball as his profession. His father was his mentor and inspiration, who encouraged him from his high school days until he ended up a basketball star.

Kyrie started playing for Duke University from the year 2009. He played for the Duke under the guidance of Mike Krzyzewski during the year 2010-11. He entered the 2011 NBA draft where the Cleveland Cavaliers selected him. Along with Tristan Thompson, he signed a contract with the Cavaliers. He earned the 2012 NBA Rookie of the Year Award for the season. 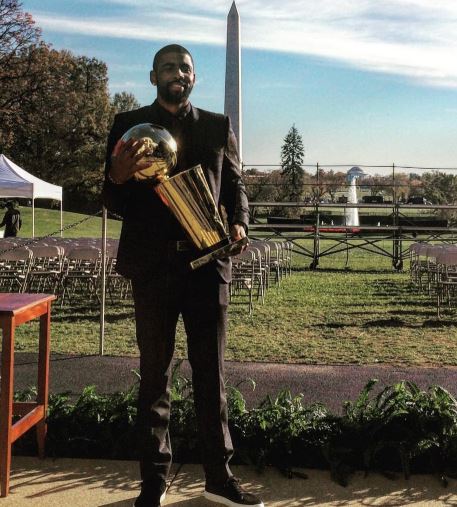 He competed in the 2014 FIBA Basketball World Cup as a member of the US National Team. His game in the 2015-16 season was praiseworthy as he helped the team win the 2016 NBA Championship after defeating Golden State Warriors. He represented the USA at the Summer Olympics, where he helped his team win a gold medal.

Cavaliers traded him to the Boston Celtics in August 2017. His net worth dwells around $50 Million.

Kyrie has not married anyone yet, but he has a list of ex-girlfriends, including a baby mama. He welcomed his daughter, Azurie Elizabeth, with Texas beauty queen Andrea Wilson on 23rd  November 2015. He named his daughter after his late mother, Elizabeth Irving.

Kyrie Irving was born on 23rd March 1992 in Melbourne, Australia to American parents – Drederick Irving and Elizabeth Irving. He is the stepson of Shetellia Irving. He grew up with his older sister, Asia Irving, and half-sister London. His family moved back to the United States from the suburbs of Kew in Melbourne when he was just two years old. His mother went ill and never recovered from the illness. She died when Kyrie was only four years old. After the death of his mother, his aunties played a significant role in his upbringing.

The 26-year-old Kyrie has a tall, rangy height of 6 feet 3 inches. He is African-American by ethnicity.