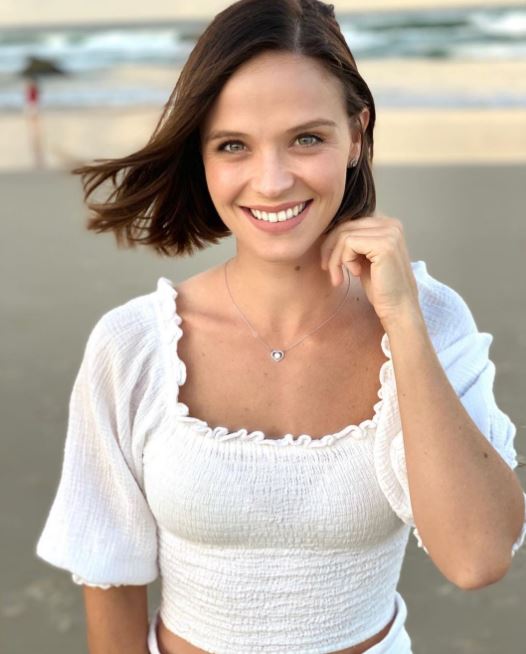 Lauren Brant earned her popularity as a member of the Australian children’s musical group Hi-2. However, she became a hot topic when the news of the affair broke the headlines. She might have a new family now, but her past has caught her time and time again on the internet.

Lauren might not have tied the knot yet, but besides a wedding ceremony, she and her partner, Barry Hall’s relationship, is no less than a marriage. Lauren and her partner had started dating in November 2016 after meeting while filming ‘I’m a Celebrity…Get Me Out of Here!. Barry is a retired Australian rules football player who played for AFL.

Likewise, the couple has introduced two children together. They had their first child, a baby boy, Miller Hall in May 2017, and Houston Brant Hall in 2019. However, their relationship has had their up and downs, but Lauren seems happy with her two children and husband.

Lauren was previously engaged to Riley. However, the relationship turned to an ugly side when Lauren started having an affair with Beau Ryan, an ex-NFL player. Riley found the nasty truth during a romantic getaway to New Zealand with his fiancé. After noticing strange behaviors in his fiancé, he checked her phone and was heartbroken after finding text messaged with Beau Ryan.

After the news broke out in September 2015, Beau took an abrupt leave of absence and took off to Vietnam with his wife, Kara. Regardless, Beau and his wife have moved on from the affair and are now living happily with two children.

A former member of Hi-5

Lauren earned popularity after joining the children’s musical group Hi-5 in 2009, along with Tim Maddern and Fely Irvine. They joined Stevie Nicholson and Casey Burgess and formed the line-up known as the second generation of the group. She stayed with the group for five and a half years.

She last performed with the group in July 2014 on an Australian tour in which the cast wore costumes she designed under the emerging fashion label, Loliboli. She left the group sharing that it was “the most amazing journey.”

Lauren is also a TV personality

Lauren started her career as an actress playing roles in series like H20: Just Adde Water, The Strip, Mortified, Are We There Yet? Among others. Likewise, she also appeared in the theatre productions and the traveling Humphrey Bear show in 2007. After leaving Hi-5, she appeared as a contestant in the Australian series; I’m a Celebrity…Get Me Out of Here! In 2015.

Regardless, she was eliminated from the show in February but earned the spotlight for speaking her mind during the show. In 2015, she was announced as part of the cast of Bonnie Lythgoe’s pantomime production of Aladdin and His Wondrous Lamp, playing Princess Yasmina. The production ran in July in Sydney.

Lauren Brant was born in Africa

Lauren might have made a name for herself in Australia, but she was born in South Africa before moving to the Gold Coast in Australia. She was born on 24th February 1989 and is 31 years old. She holds South African-Australian nationality and comes from Caucasian ethnicity.