Lola Flanery is an emerging American teen actress who rose to prominence after playing the role of Seelie Queen in Shadowhunters: The Mortal Instruments. At such a tender age, she is already an established actress. She has amazed critics and audiences with her stunning performances in television shows such as The Mist as Lila DeWitt, The 100 as Madi, and Mary Kills People as Cambie.

Lola started her acting career at the age of 12 from holiday telemovie Last Chance for Christmas. In 2016, she appeared in the TV screen with the role of the younger version of Sadie Mitchell in Saide’s Last Days on Earth. She also played the character of Alice in the thriller movie Lavender. 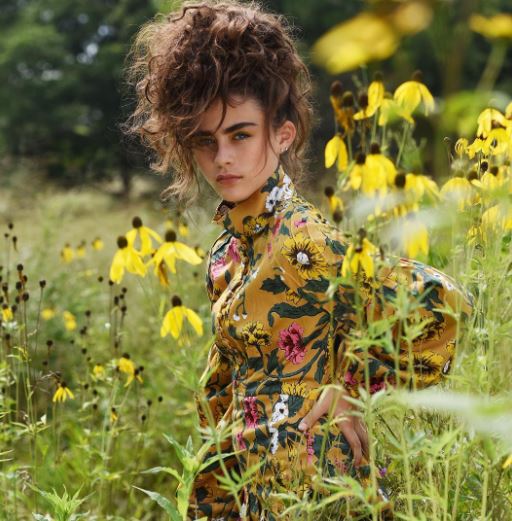 Lola is best known for her performance in the comedy and romance based film Home Again. She played the role of Isabel and gained huge appreciation and accolades from the viewers. Furthermore, she also performed in Trauma, The Mist, and The 100.

Lola is earning a decent amount of money at such a young age. Her net worth dwells around $400 Thousand.

As Lola is just 13 years old, she is still underage for dating someone. For now, she is busy pursuing her studies along with her acting and modeling career. She could have a crush on someone, but nothing can be confirmed unless she makes any statement. Considering her age, she’d love to be a lovely daughter instead of being someone’s girlfriend.

Lola Flanery was born on May 26, 2005, in Los Angeles, California, United States, making her current age 13. She is the daughter of Sean Patrick Flanery, an actor, and his ex-girlfriend, Sacha Grierson, owner of the Toronto bakery, Eat My Words. Her parents separated after dating for months but never got married. She has a brother named, Charlie.

Lola is too close to her father, Sean. On 18th June 2017, she shared a childhood photo with her father on the occasion of Father’s Day where she wrote that her father taught her to love snacks and cars during her childhood. Her mother raised her single-handedly. From an early age, she used to do modeling for different brands.

Lola has formed an intimate bond with her onscreen mother, Reese Witherspoon from ‘Home Again.’ She shared several pictures of her with her on-screen mom, Reese with sweet captions.

Moreover, she has a decent height of 4 feet 9 inches. She has blue eyes and brown hair.