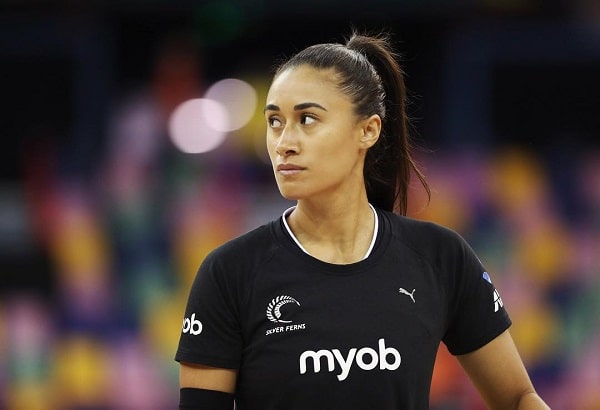 Maria Folau is a retired New Zealand international netball player. With her uncanny skills, she had been a centerpiece of Silver “Ferns from 2005 to December 2019. For over a decade, she was Silver Ferns’ go-to goal shooter, known for her intelligent and swift movement and her impressive long-bomb shots.

Maria played domestic netball for the Auckland Diamonds during the National Bank Cup from 2005-07. In 2008, Waikato Bay of Plenty Magic signed her, and she played with the Magic for two years. Later, she transferred back to Auckland to play with the Northern Mystics, starting in the year 2010.

Maria helped her team to win the gold medal at the 2010 Commonwealth Games, 2006 Commonwealth Games, and the 2009 World Netball Series. She was the first and the only player to be sent off during the match against the Swifts for persistent breaking in the 2010 ANZ Championship.

In 2018, Maria switched to Silver Ferns after playing for nine seasons with the Northern Mystics. She joined Adelaide Thunderbirds in the Australian Super Netball league before the 2019 season. She was a vice-captain of the Netball New Zealand for the 2018 Commonwealth Games.

Maria announced her retirement from netball in December 2019. As a netballer, she earned riches worth of a million-dollar and accomplished great feats. As of June 2020, Maria’s net worth is estimated at $2.5 million.

Maria is happily married to Israel Folau, a Tongan Australian rugby player. The two tied the knot on 15 November 2017 in Kangaroo Valley, New South Wales, in a private outdoor ceremony. Maria subsequently changed her last name from Tuta’ia’ia to Folau.

Following the retirement of the former Silver Fern’s netballer, she is now expecting a child with her husband. They are about to experience parenthood after Maria gives birth to their first child later this year.

Maria Folau was born in 1987 in Auckland to parents Fuisami Tuta’ia, a forestry worker, and Niukini, a homemaker. She celebrates her birthday on 18 February, which makes her age 32. She has two brothers and a sister.

Maria was a student of Lynfield College, but in the final year, she transferred to the Mount Albert Grammar School. She was named after her grandmothers, Solonaima and Malia. She began using her middle name when she entered the school as her teacher had difficulty pronouncing her first name.

Maria stands at a tall height of 6 feet 2 inches.