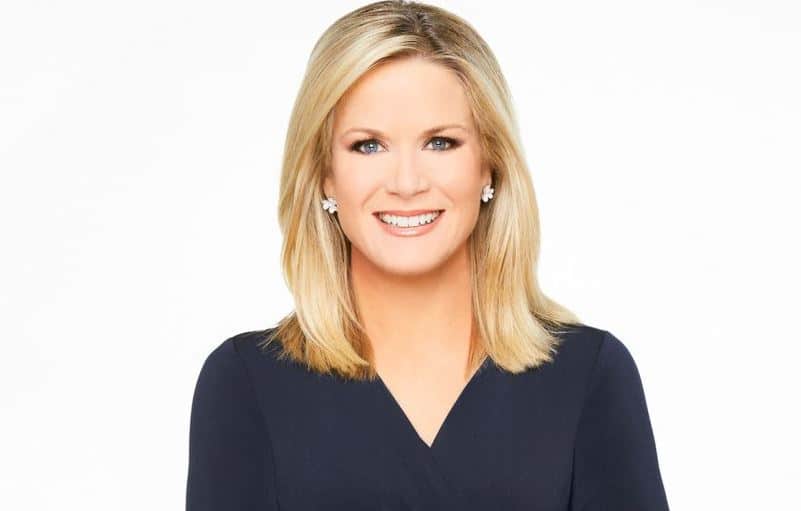 Martha MacCallum is a reputed news anchor for Fox News and the host of The Story with Martha MacCallum. Till now, she has been part of several networks, including CNBC, NBC, WBIS-TV, Wall Street Journal TV, and Today. Starting from 2004 to 2016, the American anchor has covered presidential elections for FOX, which she joined in 2004.

Before Martha worked at Fox News, she was working as a reporter and anchor at NBC/CNBC. She has also worked in The News with Brian Williams, Today Show, BC affiliates, and CNBC World. Besides, she was named as a co-anchor on CNBC’s Morning Call with Martha MacCallum and Ted David.

Martha earns an impressive salary from the FOX News network. According to Celebrity Net Worth, she receives an annual salary of about $700 Thousand. Her net worth dwells around $8 Million.

Martha is a married woman and is living her life elegantly with her husband, Dan Gregory. The couple exchanged their wedding vows on 22 August 1992 and has already celebrated their 26th wedding anniversary.

Martha and her husband, Dan, tied the knot at St. Elizabeth’s Church. They are parents of three children: two sons – Harry MacCallum Gregory and Edward Reed Gregory – and a daughter, Elizabeth Bowes Gregory.

Martha and her husband have always been engulfed with divorce or split rumors. However, they are still together fending off such rumors.

Martha was born in Buffalo, New York, in 1964 to parents – Elizabeth B. and Douglas C. MacCallum, Jr. Martha. Her mother died in 2013 from breast cancer, and her sister is a breast cancer survivor. She celebrates her birthday on 31 January, which makes her age 55. She went to Ramapo High School in Franklin Lakes, NJ. Later, she graduated in political science from St. Lawrence followed by Circle in the Square Theatre School.

Martha has a decent height of 5 feet 4 inches. She is of Scottish-Irish descent, and her hair color is blonde.