Mayumi Kai is a Japanese DJ, model, and actress from Tokyo. She goes under the moniker ‘Super Megabitch’ in her music career. She gained fame after she married The Prodigy frontman and singer Keith Flint in December 2006. On 4th March this year, her husband, aged 49, was found dead in his home in Great Dunmow, Essex. Keith’s bandmate and founder of The Prodigy, Liam Howlett, revealed in an Instagram post that the frontman’s cause of death was suicide.

Mayumi is a DJ and music producer who is currently signed to Universal Music. Besides, she works as a model and an actress. She goes by the stage name “DJ Gedo Super Mega B**ch.”

Meanwhile, Keith had shared £5 million between his band in the last two years. Her husband had a reported net worth of $15 Million. But her net worth is unknown at present.

Mayumi got married to Keith Flint in England in December 2006. Her husband, Keith once revealed that for the first three months of marriage, they couldn’t understand a word they said to each other. They were spotted together at motorbike Grand Prix events around Europe during their relationship. 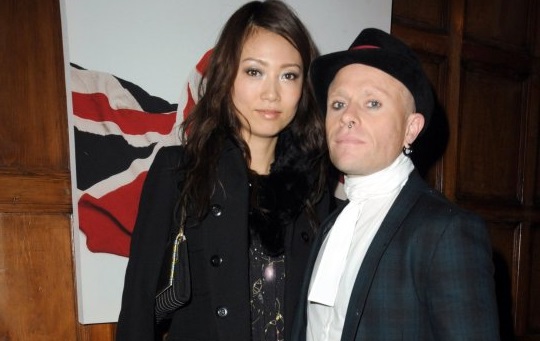 In 2016, Keith had told Matt Blake that he and Mayumi had a pub together in the English Countryside and also had nine dogs. He credited his wife for helping him to get rid of drugs and alcohol. Unfortunately, on 4th March 2019, The Prodigy said in a statement that Keith was found dead in his home in Great Dunmow, Essex, at the age of 49. He had already separated from Mayumi at the time of his death.

“It is with deepest shock and sadness that we can confirm the death of our brother and best friend Keith Flint. A true pioneer, innovator, and legend. He will be forever missed. We thank you for respecting the privacy of all concerned at this time.”

Mayumi hasn’t released any statement after her husband’s death.

Mayumi Kai was Keith Flint’s estranged wife. She is a Japanese DJ, music producer, as well as a model. Her stage name is DJ Gedo Super Mega B**chj. Not much is known about her personal life, including her age, family, birthday, and early life.

Mayumi has a tall height of 5 feet 8 inches. She has brown hair and eyes.