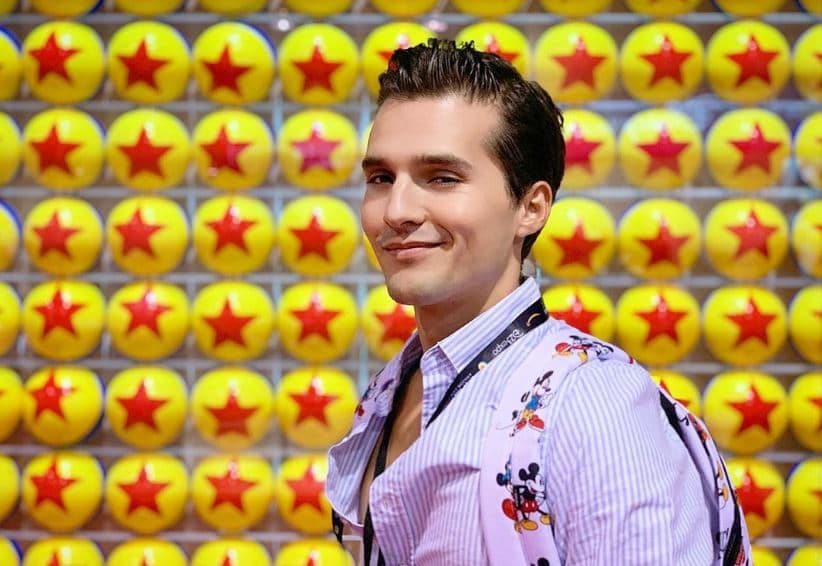 Memo Aponte was best known for his role in Disney for voicing many characters in Spanish. However, he diversified his career through social media and now is a YouTuber, interviewer, and entertainment journalist. He earned immense success on YouTube and is now also a social media influencer with over 1 million followers.

Before starting out as a YouTuber, Memo already had a promising career as a voice actor and has voiced many characters for Disney movies and series such as Finding Nemo and Phineas in Phineas and Ferb. Likewise, he also provided a Spanish voice for Cody martin in The Suite life series.

Furthermore, he also has garnered success from YouTube, where he has over 2.89 million subscribers. He has accumulated over 383 million views. For his video, he has featured guest stars such as Karol Sevilla for the video, “Disney Challenge en Navidad” in December 2016. As of 2020, Memo Aponte holds a net worth of $1 million.

The voice actor, Memo Aponte, is currently dating his beautiful girlfriend, Monica Rosales. The couple started dating on January 13, 2019. His girlfriend is an Instagram star and has over 211k followers. Moreover, they have also celebrated their 1st anniversary, which they posted on Instagram.

Memo shared a picture of his girlfriend hugging him from behind with an adorable caption in Spanish when translated, it read,

“Today is A YEAR ON YOUR SIDE, my love … a year full of beautiful moments, many kisses, challenges, fights, laughs, sorrows and many more intense things, but never, I NEVER miss love … and that is the most important in life ❤️ When I met you I saw it far, difficult and often complicated, but fortunately if you turned to see this little boy and gave me the opportunity to be part of your life story. Today, every day that I know you more, I have no doubt that destiny had prepared us to meet and make this happen. Thank you for trusting my love and my person, I promise YOU I WILL NEVER FAIL, I want you to know that I, I ALREADY FOUND MY HALF ORANGE … and it’s you … I LOVE YOU WITH ALL MY HEART❤️ it was a year cannon by your side and I can’t be more grateful 🙏  ❤️😍 you are my guardian angel and my greatest blessing. ALWAYS TOGETHER MY LIFE. Happy”

Moreover, he also does not shy away from sharing pictures with his girlfriend. Furthermore, the couple also shared a picture where they were dressed as the characters from Rapunzel for their YouTube video.

Memo was born in 1992 in Mexico. He celebrates his birthday on February 3, which makes his age 28. Although he has not shared many details on his parents, he has an older sister, Mafer, who is also a voice actress. She has voiced characters in The Suite Life of Zack & Cody and SPY kids.