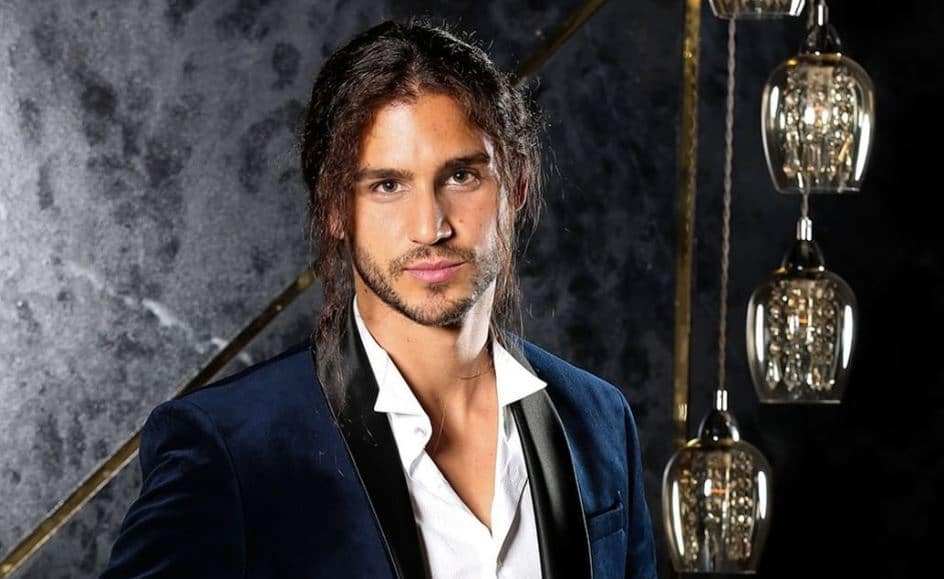 Michael Brunelli, who worked as a primary teacher, rose to fame after appearing in the reality show, Married At First Sight. In June 2019, he did the unthinkable as he shaved off his trademark long hair to raise money for the Sydney Children’s Hospital Foundation. His girlfriend, Martha Kalifatidis, hacked through his thick ponytail. The glamorous couple from the reality TV show is still together and going strong.

On MAFS, Michael was coupled up with Martha Kalifatidis, a makeup artist from New South Wales. The couple got married on-screen in February 2019 as part of the social experiment and is still dating each other.

At the TV WEEK Logie Awards, they told that they were just as shocked as anybody that they were still together. Michael’s girlfriend, Martha, laughed and said:

“We’re more surprised [that we’re still together] than the rest of you guys to be honest!”

“We just didn’t put any pressure on each other, we just let it grow naturally. We compliment each other really well.”

Martha has already moved back to Melbourne to be close with Michael. However, Michael had previously confessed that he would have to move to Sydney to be with her. Martha lives with her family in Melbourne, and Michael lives one street away. They meet a few times a week.

Michael even admitted that he had talked about having babies with his wife. They are likely to get married for real if everything goes as planned.

Michael had witnessed the successful relationship around him while growing up, so he always believed in the sanctity of marriage. Therefore, he appeared as a contestant in the reality show, Married At First Sight, to find a long-lasting relationship.

Michael is also a Primary School teacher and is great with kids. As a PE teacher, he earns a basic salary of about AU$64,798. Besides, he is a suburban footballer. After his debut on the reality show, he has started promoting commercial products via social media. So, his income level has gradually risen in 2019. His net worth dwells around $300 Thousand.

Michael Brunelli was born in the year 1991 in Victoria, a state in south-eastern Australia. He grew up in a big Italian family and attended a local alma mater. His parents share a long-lasting love. He is a mama’s boy who depends on his mother’s advice for everything, including his partner. He has an older brother. The 28 years old star works as a primary school teacher and is a suburban footballer. He has played in many premierships and NFL leagues.

Michael hits the gym regularly and maintains a healthy diet. So, he has a great physique with a muscular body. He has a decent height of 5 feet 10 inches.