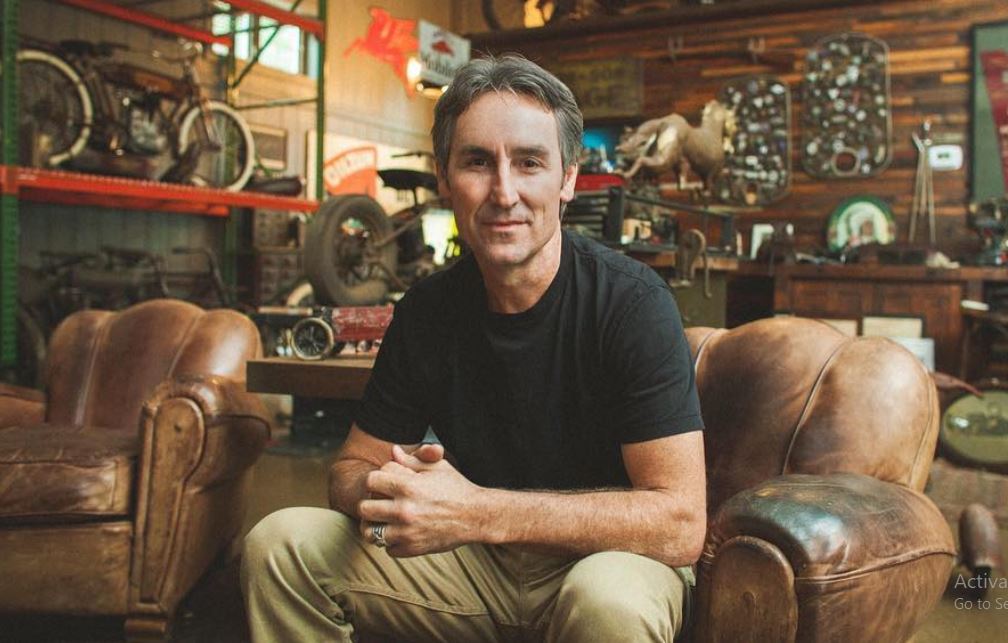 Life is an adventure, and if your job is finding hidden treasures and antiques, then your experience will always be thrilling and fun. Likewise, Mike Wolfe shares the same story as he became famous with the TV show, “American Pickers” where he goes on treasure hunts for his evergreen love for antique pieces. He looks for antiques and the stories behind them while traveling backcountry roads.

Mike is the creator of the History Channel’s hit TV Program, American Pickers where he stars alongside Frank Fritz. Together, they travel across the country to find treasures in crumbling sheds, old barns, and warehouses. Mike became part of the show in 2010, and his work with the TV Network is still going strong, with no signs of looking back.

American Pickers has already crossed over 270 episodes. The first episode of the show amassed around 3 million views and reached 5.3 million views in 2010. He even created a sitcom after signing an endorsement deal with Indian Motorcycles. In 2011, he authored a book titled, American Pickers Guide to Picking.

His net worth dwells around $5 Million.

Mike is always busy with his work traveling around the country in search for antique pieces either it’s an old hour or vintage motorcycles. He collects them all and makes quite an income from his profession. However, the question is whether he gets the time to spend quality time with his family and does he have a wife?

Well, the answer is YES! The host of American Pickers is a married man who loves spending time with his family. He found love in the heart of a woman named, Jodi Faeth, whom he calls his “wife.” The couple got married on 7 September 2012. The wedding ceremony was a private affair where only specific guests from their close friends and family attended.

The couple welcomed a daughter, Charlie Faeth Wolfe, to their family on 30 January 2012. The addition of the new member sparked even more happiness in their life. On her 5th birthday, Mike tweeted a picture with his daughter and revealed how happy he feels to have her in his life.

He is on his way to celebrate his 7th marriage anniversary with his beautiful wife. He has always been a good husband to Jodi.

Mike was born in Joliet, Illinois, USA on 11th June 1964, making his age 55. His birth sign is Gemini. He shared his childhood with two siblings – Robbie and Beth Wolfe. Single mother, Rita Wolfe raised him and his siblings. His brother, Robbie often appears on “American Pickers” with his kids. As a humanitarian, Mike encourages fundraising projects which benefit St. Jude’s Children’s Hospital, the ASCPA, Operation Smile, and animal shelters.

Mike has a tall height of 6 feet. His gray hair and honey brown eyes help him look dashing and attractive.