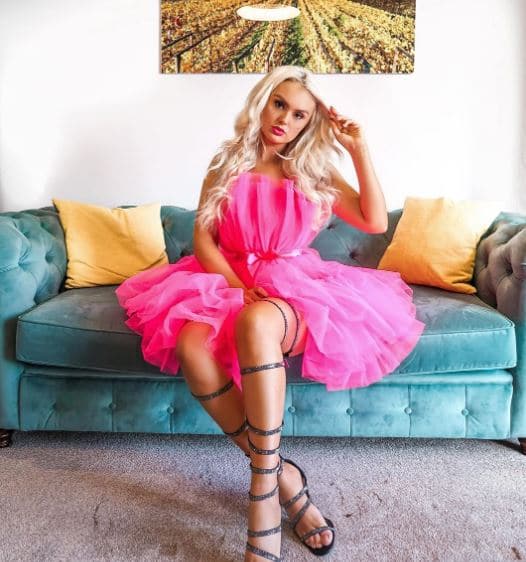 YouTube has opened doors to many people who wish to earn fame and money through making videos. Misha Grimes also chose this path in 2017 and has been successful in her journey to become a popular YouTuber. She enjoys thousands of subscribers on YouTube and other thousands on Instagram. Her career on the internet has taken off successfully, and she has been making headlines from her internet fame. Learn more on Misha Grimes and get updated on her boyfriend, dating life, net worth, and much more.

Misha is popular as a YouTube star, a career she started in 2017 through her self-titled channel. Her video contents are mostly focused on the vlog and fun challenges. Likewise, she also uploads videos on various topics like fashion, makeup tutorials, clothing haul, and much more. Likewise, she has garnered around 213k subscribers on her YouTube channel and has earned more than 28 million views.

Besides, she is also popular on Instagram with around 126k followers. She has advertised various fashion brands on her Instagram page. Before entering the world of social media, she had held the title of Miss Galaxy 2015. As of 2020, Misha Grimes’s net worth is still under review.

Misha Grimes is a beautiful YouTuber with tons of viewers and followers, so there is no doubt that her fans are curious to know who the YouTube star is dating and who is her lucky boyfriend. For nearly a year, Misha has been in a relationship with her boyfriend, Cobi M Ho. Her boyfriend is a founder of Arhya and the winner of BYOB Entrepreneur Winner 2019. The couple started dating in July 2019 and has yet to celebrate their first anniversary.

Misha was born in 1999 in England. She celebrates her birthday on February 26, which makes her age 21. Her mother, Kasha, is also a beauty queen who raised her along with her sister, Anya Grimes. However, her father’s identity remains unknown.

She holds a British nationality and comes from white ethnicity.