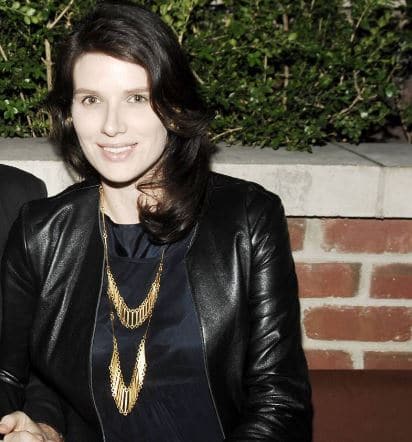 As Marc Maron returns with his third stand-up special in Netflix on March 10, his fans are excited to hear more content and laugh their pants off. However, it is a known fact that he will again be bringing up his marriage and divorce for a comedic effect. While Marc always mentions his ex-wife, Mishna Wolff, for his comedy, his wife probably won’t mind as she holds the same career. She has been making audiences laugh with her comedy and is one of the underrated comediennes.

Mishna has talent when it comes to comedy and writing. Her career started when she started writing a humorous piece that was published in Blackbook Magazine. Later, she was already performing on the stages of Luna Lounge and with the Upright Citizens Brigade. As she now had the platform to push herself for funny storytelling, it paved her way to make appearances on VH1, Air America, and Comedy Central, and NPR.

In 2009, Mishna went on to publish her 2009 memoir, I’m Down, which went on to become a best seller and also has been featured in the school curriculum in some countries. Besides, the comedian has also played the role of a screenwriter. Her script also made its way to TV series, Werewolves Within, which starred Veep’s Sam Richardson. As of 2020, Mishna Wolff’s net worth is still under review.

Mishna was previously married to comedian Marc Maron. Although there are very fewer details on their marriage, Mishna’s divorce with her first husband was always a subject of his one-person Scorching the Earth. Likewise, their marital relationship was a frequent topic for his stand-up comedy, podcasts, and one-man shows. On the other hand, Mishna described Marc’ s character as emotionally abusive.

After her divorce, Mishna tied the knot with Jeremy Doner. Her husband is a screenwriter who grew up in New York. Moreover, Jeremy studied biological anthropology and psychology at Harvard. He has worked on scripts for Legend of Lost Tomb, Damages, and The Killing. Unfortunately, Mishna and her husband live a private life and mostly stay away from the media. Nonetheless, they reside in Los Angeles with their two children together.

Mishna Wolff was born in 1975 in Seattle, Washington. She celebrates her birthday on April 18, which makes her age 44. She was born to her father John Erick Wolff and mother, Diane Elizabeth Gaylord. Wolff’s parents divorced when she was still a child, and her father relocated to a black neighborhood in Seattle with Mishna’s two sisters, Mishna and Anora Lyn.

Besides, her mother remarried a real estate broker, Ira Sacharoff. Mishna also has a step-brother, Sam Sacharoff, from her mother’s remarriage. Mishna holds an American nationality and comes from White ethnicity.