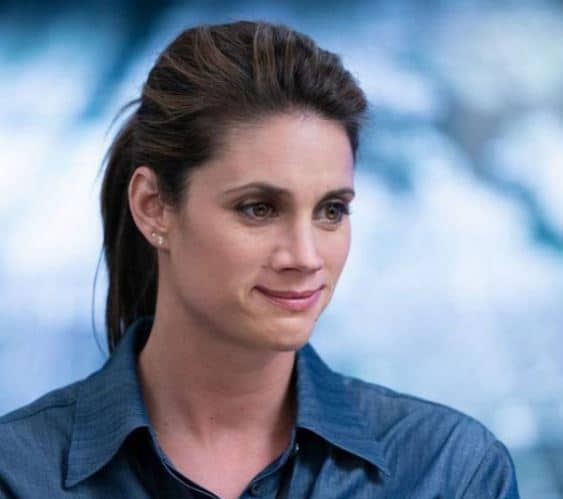 A Canadian model turned actress Missy Peregrym is best known for her roles in the film Stick It (2006) and on the ABC and Global Television Network series Rookie Blue (2010–2015).

Prior to her acting career, she was actively involved in promoting products and services for different commercial companies such as Sprint Canada, Mercedes-Benz, and the Olympic Games, where she contributed her time by modeling.

Missy Peregrym Is From Montreal, Canada

Hailing from Montreal, Quebec, Canada, Missy Pregrym was born on 16th June 1982. She was raised by Rev. Darrell Peregrym, a Pentecostal minister and Vanessa Peregrym, a housewife, alongside her two sisters whose identities are yet to be known by the public.

For education, Missy standing at a height of 5 feet 6 inches (1.67 meters) attended the Fleetwood Park Secondary School and later graduated from Aurora College in the year of 2004.

Missy Began Her Career At The Age Of 18

Missy professionally began her career at the age of 18 when she started modeling with the Lizbell Agency. During her earlier days of modeling, she was encouraged to get with commercials. In that facet, she smoothly gained success and also became one of the recognized faces through her talent.

In 2000, Missy’s life experienced a turning point after she received her first acting debut in an episode of Dark Angel. Although the series did not become her biggest success, she eventually got there and proved her acting talent.

Some of her works include Catwoman, Stick It, Parasite, Company Man, Reaper, Rookie Blue, Cybergeddon, Backcountry, and FBI.

More to her acting and modeling career, she is also actively involved in charity work. In 2006, in South America, she joined forces with TOMS, a shoe company, and also shared about her experience in different countries.

How Rich is Missy Peregrym?

In Hollywood, carving a name through hard work, resilience, and dedication has its own pecks. Alongside name, fame, and accolades, fat checks also involve with it. Missy, who began featuring on the silver screen in 2000, has received both local and international recognition has worth a whopping sum of $3 million, according to Celebrity Net Worth.

Missy Peregrym and Zachary Levi Divorce after One Year of Marriage

While talking about Missy Peregrym’s married life, she had more than one ride into marriage. Missy found love for the second time in 2018 with Australian actor Tom Oakley. In the same year, she exchanged her wedding vows for the second time with Tom in Los Angeles.

More to their happiness, Missy also surprised her fan after announcing that she is expecting a baby together with her husband. On 23rd October 2019, she posted a boomerang video that featured two pairs of adult shoes, as a pair of baby shoes were dropped down.

In addition, Missy was previously married to an American actor Zachary Levi In the year of June 2014, people witnessed two beautiful souls becoming one after they accepted their marriage vows, saying “I DO,” in Maui, Hawaii. Sadly, Missy’s marriage was annulled the following year in 2015, and during their married life, she did not produce any offspring.  Moreover, her failed marriage was said to be due to infidelity on the part of Zachary.