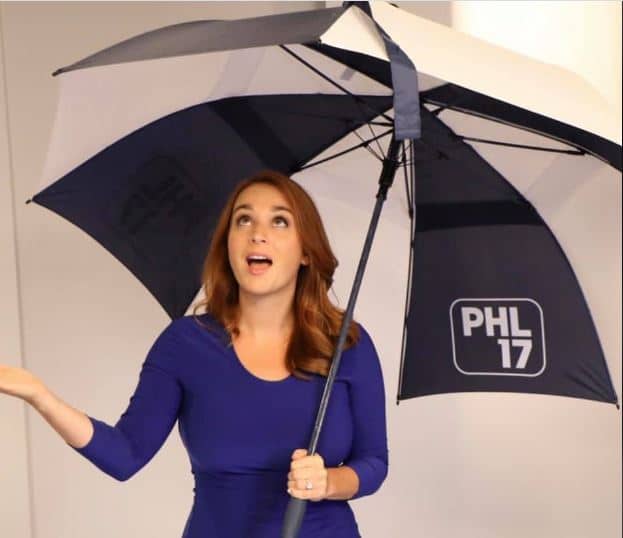 PHL17 has continuously been a significant source for weather news for people living in Philadelphia. However, it would not have been possible without Monica Cryan, who serves as a meteorologist for the channel.

With nearly two years in the job, she has been the viewer’s favorite with her lovable attitude. Learn more on Philadelphia’s favorite meteorologist and get to know her better.

Monica worked as a part of Campus Weather Service at Penn State Network TV. She had moved around the country as a meteorologist for different stations in Texas, Alabama, Connecticut, and Colorado. At the time, she also earned the prestigious Certified Broadcast Meteorologist Seal from the American Meteorological Society. Monica had started her career working as a broadcast meteorologist and reporter in KMID-TV Big 2 News.

Likewise, the reporter also worked as a freelance meteorologist at Fox 29 Philadelphia. She worked there for two years until October 2018.  She joined as a meteorologist at Tribune Media, PHL 17. Monica has served in the position and is still working for PHL 17. As of 2020, Monica Cryan’s net worth is still under review as she has not shared many details on her earning and income.

A journalist is known to have a private life, and Monica Cryan is no exception. However, she has shared a few details on her marital life. Monica is a married woman and has already tied the knot with her husband, Eugene. Nonetheless, she has not shared how she met the love of her life, nor when she started dating. Although she is quite active on social media, Monica has avoided sharing many pictures of her husband.

On December 5, 2018, Monica announced that she was pregnant and was expecting a baby on her channel. Later, Monica gave birth to a baby girl Josephine on June 26, 2019.

Monica Cryan with her husband and daughter. P.C: Facebook

Monica is living a happily married life with her husband and a daughter. The family resides together in Ardmore, Pennsylvania.

Monica was born in Philadelphia. However, the meteorologist has not shared much on when she was born. Regardless, we assume her age to be somewhere around 30. Likewise, she has also been very secretive on her family and has not shared many details on her early life either. Monica attended Waldron Mercy and Merion Mercy Academy in Lower Merion until 12th grade. She later pursued her Meteorology degree from Penn State University.

Monica holds an American nationality and comes from White ethnicity. Monica has a height of 5 feet and 5 inches.