Narelda Jacobs is a famous Australian television journalist, working for Network Ten in Australia. She is a first aboriginal and lesbian news reader in Western Australia, who is looking forward to tying the knot with her lesbian partner. She hasn’t been able to take a step forward due to family pressure because the norms and values o the society are the most crucial part of humanity, which may also limit the happiness of an individual.

Narelda started her career at GWN in Bunbury. She joined Ten News in Perth in 2000 as a court reporter and also as weather presenter over summer. In 2008, Network Ten selected her as the news presenter. She is the first Aboriginal and first lesbian newsreader in Western Australia.

Narelda is the ambassador and patron of the David David Wirrpanda Foundation and Breast Cancer WA. She is the role model for Indigenous Australia and the LGBT community. 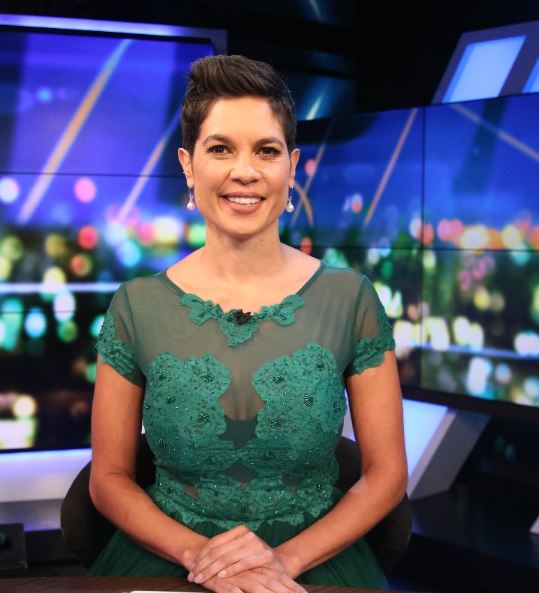 Narelda is one of the famous news reporters who has been working since 2008. She developed an interest in journalism at the age of seven, and when she turned eighteen, she started her job on the front desk of The National Native.

Her net worth dwells around $500 Thousand.

Narelda has been in a romantic relationship with her partner, Lauren Swinfield for six years. The lesbian couple considers each other as wives and is waiting for their families’ approval to commence a married life.

Though Lauren’s family is supportive of their relationship, Narelda’s family is showing reluctance in accepting them as a married couple. However, not every member of her family are against the link as her nephew and nieces are showing full support to them.

Before her relationship with Lauren, she got pregnant with her ex-boyfriend when she was working at TNT. Following family’s pressure, she got married to him at the age of 19, but their marriage lasted only for six months. After the marriage ended, she became a single parent to her daughter, Jade Dolman.

As for now, Narelda is living with her daughter, Jade, and partner, Lauren, in Perth, Australia.

Narelda Jacobs was born on November 19, 1976, in Australia to Reverend Cedric Jacobs and Margaret. The 42-year-old is the youngest one of the five daughters of her parents.

Her father, Cedric was a minister in the Uniting Church. When she was eight, her father was taken away along with his brother for Mogumba Native Mission. Her father was an aboriginal activist and advocate of constitutional change for many years.

She graduated from the WA Academy of Performing Arts. She has a decent height.