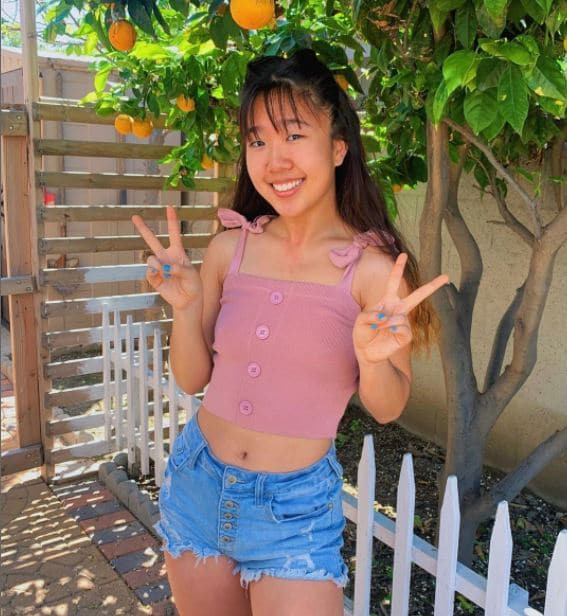 Bunk’D is one of the popular shows on Disney channel. But the show has moved on without many original characters, including Nina Lu, who played a role of Tiffany in season 1 and 2 of the show. Fans are curious to know what has happened to the actress.

Get updated on Nina Lu and what projects she has been working on since her departure from the show.

Nina Lu is an actress known for appearing in the Disney series, Bunk’d. She plays the role of Tiffany in the show. Her role was a young camper of Chinese descent whom Zuri befriends. Her character also has an overbearing mother who expects a lot of her. She also reprised her role in the Disney show, Disney Monstober. In 2019, Nina Lu appeared in the series Sunnyside Up.

Likewise, she is also a social media giant and has over 878k followers on her Instagram. She also has a YouTube channel but has remained inactive on the platform with the last video being uploaded ten months ago. She has only 5k followers. She also has a TikTok but has not remained active on the platform as well. The actress is managed by Reload Management. As of 2020, Nina Lu’s net worth is still under review.

The Disney star, Nina, has earned quite a fame for her appearance in the Disney series. Likewise, many fans of the show and Nina are often curious to know if the actress is dating anyone or if she has anyone special. However, it seems Nina is single at the moment. There are no signs of her dating anyone on her Instagram at the moment, and the actress has also not mentioned dating anyone. Moreover, Nina has also not appeared publicly with a boyfriend of any sort.

However, in one of Nina’s YouTube video, she can be seen getting comfortable with a guy. However, she has not mentioned dating the boy. Likewise, she might prefer to keep her dating life private and has not felt comfortable to share details on her life. Besides, she is also busy with her acting career at the moment. So, we assume Nina Lu to be single at the moment.

Nina was born in 2003 in Los Angeles, California. She celebrates her birthday on September 18, which makes her age 16. She has not shared much on her parents but has featured her mother on Instagram. She has an elder sister named Macy.

Nina holds an American nationality and comes from Chinese-American ethnicity. She embraces her Chinese ethnicity and is fluent in the Chinese language. She has a height of 5 feet and 2 inches.