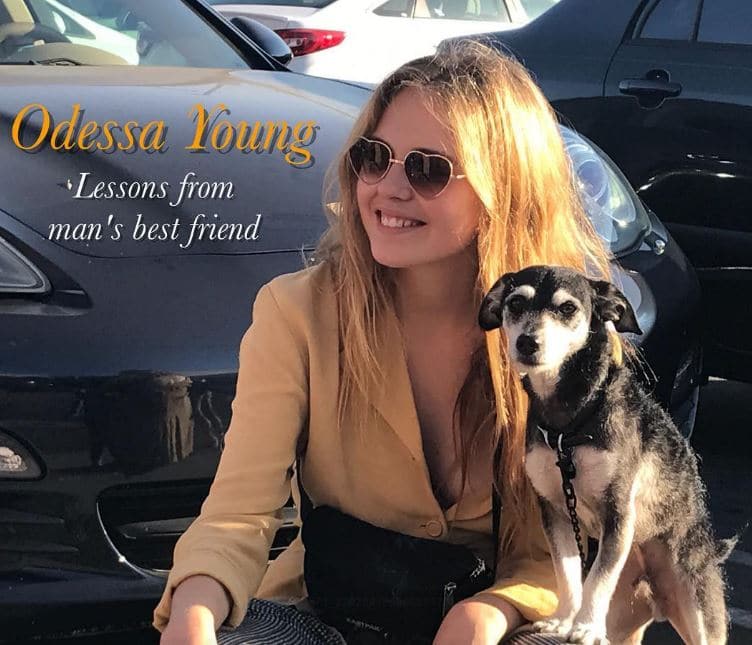 An Australian actress, Odessa Young was busy as a bee when her start-up days ended u with premiering her two movies in the film festival. It was during 2015 when the movies, ‘Looking for Grace’ and ‘The Daughter’ was screened at the Venice and Toronto film festivals. In the short interval, Young had her hands full of interviews, party, premier functions, and red carpet appearances.

Moreover, the actress was rewarded by an AACTA Award for Best Actress in a Leading Role for the film, ‘The Daughter’. If you are on the edge of your seat for Odessa Young’s discussion forums, you have chosen the unerring page.

At 11, she had already joined the acting classes. One day, her drama teacher informed about the audition prevailing for My Place, which was an ABC-3 TV show. She went ahead to the audition, and at the end of the day, production house called her for shooting. Then, she continued sharpening acting skills in TV shows, Tricky Business, The Moodys, and Wonderland.

Odessa Young portrayed Hedvig Finch, falling into the secrets harboured by her parents in the movie, The Daughter

Consequently, it worked for the blockbuster movies- Looking for Grace’ and ‘The Daughter’. She played a teenage runaway who seized money from father’s safe and make a beeline for the music festival in ‘Looking for Grace’. Also, she portrayed Hedvig Finch, falling into the secrets harboured by her parents in the movie, The Daughter. Young bagged an AACTA Award for Best Actress in a Leading Role for the film.

After a successful venture in 2015, she was a handful of movies such as Sweet Virginia, Assassination Nation, A million Little Pieces, The Professor, Celeste, and Shirley.  Recently, she has roped in the role of Samantha for crime drama TV show adapted from the book, Tokyo Vice.

Odessa Young Parents Supported Her Decision To Leave The School

When she got the first line of work in ‘My Place’ in 2009, she thought it’s a usual day activity for the kids around her age. Shortly, she realized balancing both studies and job is a hassle. Young was a brilliant student. She loved reading history and English subject the most. However, she failed to score good marks despite the efforts.

Her father, Adam Young, was reluctant at her decision of dropping out of the school. The duo underwent a heated argument, where Adam ended saying ‘Well, OK, I got nothing’. Both of Young’s parents, Adam and Rachael Young finally agreed on their not-so-little girl’s decree.

She Is In The Early Twenties

The actress’s age isn’t available in media records because of restricted birthdate information. At only 15, the casting director of ‘The Daughter’ stated she looked 15 and 25 years old at the same time. He put his trust into Young to personify Hedvig Finch, and she paid it back a thousand per cent.

She was 15 during the audition of the movie,’ The Daughter’. When the shooting began, she leapt a year, i.e. 16 in 2015. It’s been five years that the Australian drama film, ‘The Daughter’ has marked its release. As per the calculation, she is either 21 or 22 years old.

She was preoccupied watching her co-stars prepared and immersed within a character. Young felt as if she was in an acting class, whenever she arrived on the sets. And it’s hard to tell if she is in a relationship in the middle of hectic shooting schedules.

At 11, Odessa Young had already joined the acting classes.

Furthermore, she is elusive on Instagram. The facts about her relationship status and dating tale aren’t accessible her social media accounts. She only enjoys setting her mind straight amidst the filming process.

She has an interesting tale on how her name binges as Odessa Young. Her father is originally from Ontario, Canada. When he was 12, he commuted to Australia. Her parents didn’t put on her name immediately after birth. She has a hunch that they must have come up with the first name, Odessa easily.

She grew up with a younger brother in Australia. Hence, it makes her nationality and ethnicity Australian and Caucasian, respectively.

The actress is notable for decent stature but the vivid expression. She stands five feet and five inches tall, not very good at tucking up fashion styles, which she reveals herself.