Ojani Noa is a Cuban actor who was once married to American singer Jennifer Lopez for 11 months. Jennifer chose her career over him, which led to an end to their relationship. Her ex-husband, Ojani began to grow envious and plotted revenge against her when her career hit success and overshadowed their relationship.

Ojani dated Jennifer Lopez when he was a waiter in a Cuban restaurant. He dated her for a short time before tying the knot in 1997. He gave her $100,00 marquis-cut diamond ring in their marriage. Though they seemed the perfect couple in public events, they divorced after 11 months of their marriage.

Ojani claimed that his then-wife, Jennifer, wanted to focus on her career instead of their marriage. He also revealed that Jennifer was his first love, and he was looking forward to spending the rest of his life with her. But when Jennifer chose her career over him, his heart was broken into pieces.

In April 2006, Jennifer sued Ojani to stop him from publishing a book about their marriage. Similarly, Ojani also threatened her with their sex tape. He tried to take revenge through an alleged sex tape. He even had to pay $545,000 as a compensation for the 2006 lawsuit.

In 2001, Ojani started dating Mexican actress Claudia Vasquez. He dated her for over ten years but his obsession with his ex-wife, Jennifer, destroyed their relationship.

Ojani is possibly single after the two break-ups. It seems like he wants to make his ex-wife, Jennifer’s life miserable with lawsuits.

Ojani is an actor turned personal trainer. He did modeling at the age of 18. He also worked as a waiter in the Cuban restaurant, Larios On the Beach. He appeared in some television series like Telemundo and Univision. In 2008, he made his film debut in the movie, Rappin-n-Rhyming. He was also featured in Vendetta: No Mercy in 2004. 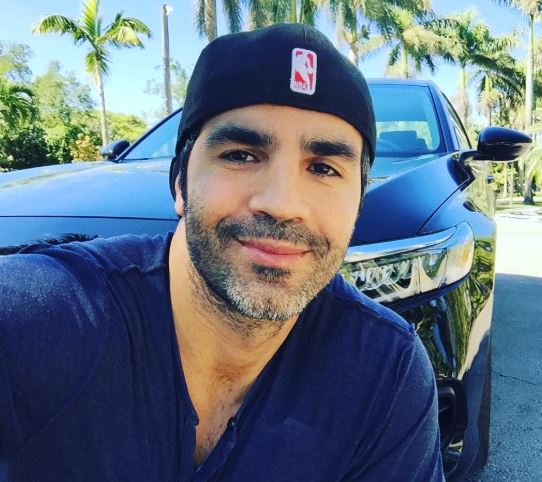 He opened a restaurant in Los Angeles with his ex-wife, Jennifer. Now, he works as a personal trainer and earns decent money. His net worth dwells around $750 Thousand.

Ojani Noa was born on 11th June 1974 in Cuba, which makes his age 44. He belongs to Spanish-Cuban ethnicity and is a Cuban immigrant.

He stands tall at the height of 6 feet 1 inch.