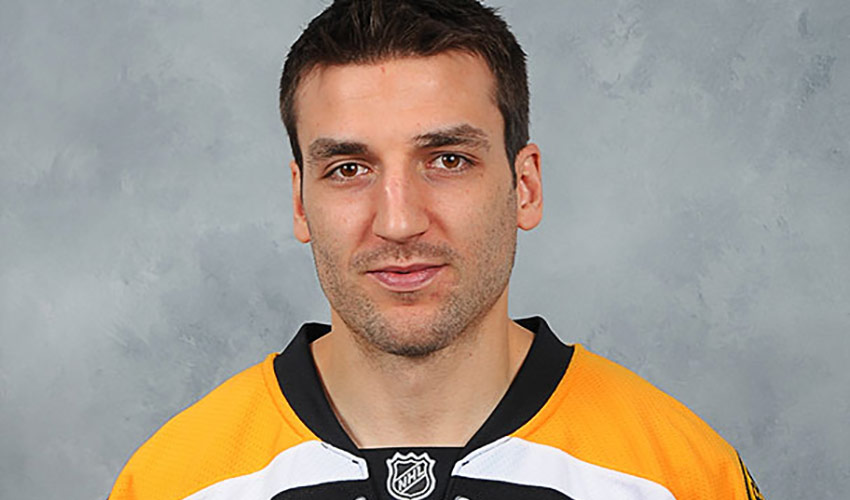 Patrice Bergeron is one of the popular names in the world of hockey. He has been playing for the Boston Bruins of the National Hockey League since 2003. He even represents the Canadian national men’s ice hockey team and has won gold with the team at the 2004 World Championships, 2005 World Junior Championships, 2010 Winter Olympics, and 2014 Winter Olympics.

Patrice played for many teams in the Quebec Major Junior Hockey League. The Boston Bruins drafted him in the 2nd round of the 2003 NHL Entry Draft as the 45th overall pick, which was the beginning of his long-running professional career.

Patrice was selected for the 2004 NHL YoungStars Game. He finished the 2004 season with 39 points in 71 games. He continued in his sublime form during the 2006–07 campaign, finishing with 22 goals and 48 assists. His run in the 2007-08 season came to an end in October 2008 when he suffered a season-ending head injury. After one year, he returned to action in time for the 2008-09 season and recorded 39 points in 64 appearances for the season.

The 2010-11 season became the most memorable season for Patrice’s career. He tallied 57 points in altogether 80 games for the regular season and also contributed to the Bruins’ successful outing in the 2011 NHL playoffs. In the 2013-14 season, he recorded 30 goals and 62 points, which helped the Bruins win the 2014 Presidents’ Trophy.

Patrice achieved two impressive milestones in his NHL career in the 2018-19 season. With the Bruins, he played in his 1000th NHL game, and later at the end of the season, he broke the 800-point milestone in his NHL career. For an NHL-record eighth straight season, he was nominated for the Selke Trophy in April 2019.

Patrice is happily married to his wife, Stephanie Bergeron. The pair tied the knot in the year 2013. They experienced parenthood two years after their marriage when Stephanie gave birth to a child, son Zack Bergeron on 21 October 2015.

Patrice and his wife have been together for over 14 years as they began dating in 2006. The duo split their time between Quebec City and Boston. The family of three live in their house in Saint-Augustin-de-Desmaures, which they bought following the 2013 Cup run.

Patrice Bergeron was born on 24 July 1985, in the city of L’Ancienne-Lorette, in Central Quebec, Canada. He was born to parents – Sylvie Bergeron and Gerard Cleary and grew up with his older brother named Guillaume.

Patrice went to Seminaire Saint-Francois, a co-ed private high school located in Saint-Augustin-de-Desmaures in Quebec. While he was in his senior year, he was named the captain of the school’s Seminaire Blizzard Midget AAA hockey team. He had a slow start in hockey when he was a child. However, with a lot of patience and support from his parents, he eventually had no turning back for the talented player ever since.