Peter Alexander is no new name to us, as he is one of the notable fashion designers and also known as Pajama King in Australia. Born in the year 1965, his birthplace is South Africa. His family migrated to Melbourne soon after his birth. He is the one who founded Peter Alexander sleepwear brand. He is mostly known for the designs of pyjamas, giftware and loungewear.

Before Fame and Career

When he started his namesake brand, in early days, Alexander used to work from home. He used to sit on dining room table and used to design new sleepwear. His initial designs and works used to be directly sold in supermarkets.

His career boosted on when he received the first rejection on work. One of the superstores rejected his two thousand pairs of pyjamas, in the year 1990. So, in desperation, he tried mail order advertisement. And from that ad, he got six thousand orders.

The Peter Alexander brand is not a small sensation. He solely made it a huge success. And he also endorsed many celebrities like Hugh Jackman, Pink, Naomi Watts, Toni Collette and more.

Alexander is one of the supporters of animal welfare. He does participate in different animal welfare programs and rallies. His most appealing work in this field is that he participated in RSPCA’s Million Paws Walk. 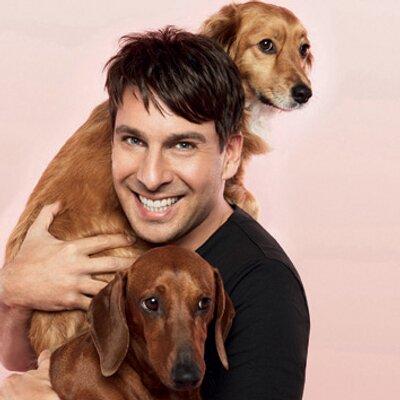 Caption: Peter Alexander with Penelope (Below)

Peter became conscious over animal welfare and acts when his pet Penelope suffered from back injury. Penelope is his pet dog of Dachshund breed.

Alexander is a Pajama king residing in Australia. Apart from being a fashion designer, he is also a fashion marketing lecturer in RMIT. Talking about his dating life, he hasn’t disclosed any of the information yet. We do know that he is gay, but no information ever came out about his partner.

Alexander is a businessman, and he earns handsome amount of money from his business. So, his net worth is estimated to be around $1.5 million.