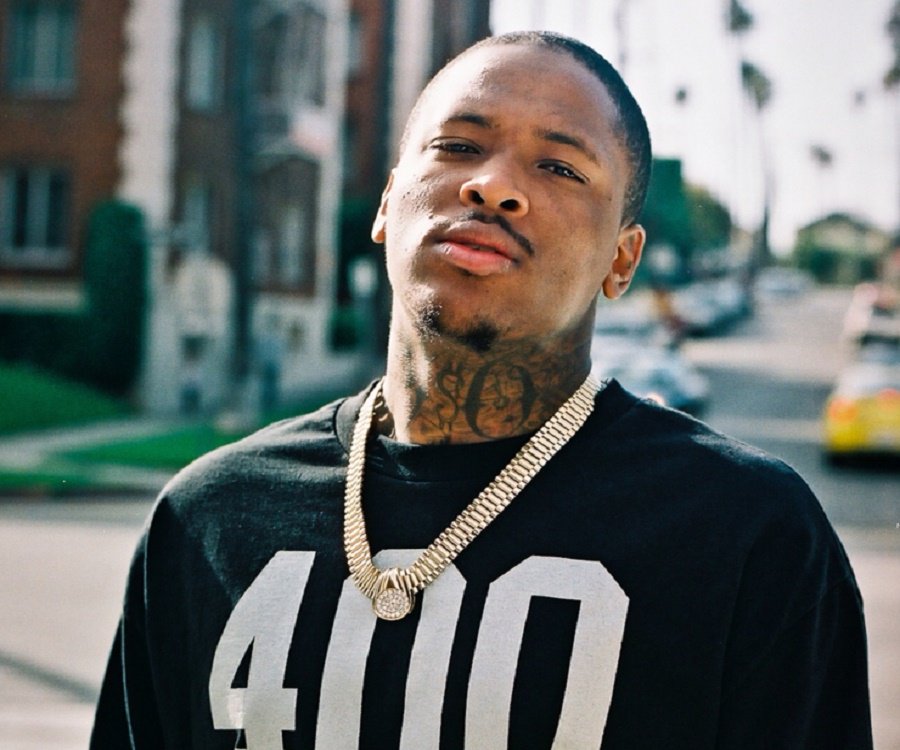 Keenon Daequan Ray Jackson, aka YG, is a successful American rapper who shot to international stardom with his album, ‘My Krazy Life.’ Before his album’s launch, YG had released popular singles like ‘Toot it and Boot it,’ ‘My Nigga,’ and ‘Who Do You Love?’ which helped him to make his name in the industry.YG began his musical career by giving public performances with his friends in high school and eventually gained a reputation. His career touched great heights with the release of his debut album which catapulted him to worldwide fame.

YG started with his music career in the year 2005, but he released his first album in the year 2014. The album was scheduled to release in the year 2012 as I’m 4rm Bompton, but after many delays, it was released two years after the scheduled date with the new title My Krazy Life.

One track in the album, titled Who Do You Love?, featured Drake in it and was produced by DJ Mustard peaked at number 19 on the US Billboard Hot 100.

YG’s second studio album Still Brazy was released on17th June 2016. In the year 2018, he dropped his third album, Stay Dangerous. He first announced the release of the album on his Instagram page before its eventual release. On 3rd April 2019, YG announced a “Surprise album through Twitter, but following the death of his close friend, Nipsey Hussle, YG was compelled to delay the release date of the collection.

YG has earned a decent amount of money from his rap music. He has also starred in five movies, which have helped him to collect an impressive sum. As of now, Rapper YG’s net worth is estimated to be $3million.

Who is Rapper YG Girlfriend?

The Rapper YG’s dating life became notoriously famous when he was dating a singer, Kehlani. Their relationship was quite controversial as Rapper YG was in a relationship with his girlfriend, Catelyn Sparks, who had just mothered his second child in 2019. However, YG and Kehlani had kept their relationship a secret before finally going public in July of 2019. They made their first appearance together after they walked together hand in hand into a show for New York Fashion Week.

Rapper YG with her ex-girlfriend Kehlani

Besides, the couple relationship hit the rocks when Rapper TG was caught cheating outside the Poppy Night Club. However, their relationship ended a few days after Valentine’s day. The couple had few problems and confirmed the strength of their relationship when the duet dropped their “Konclusions” on 14th February 2020. However, things changed when YG’s girlfriend released her song, Valentine’s Day (Shameful), where she accused him of cheating and announced she was better off without him. She found the evidence of him cheating after checking YG’s phone when he was asleep.

Besides, Rapper YG shares two children with his ex-girlfriend, Catelyn Sparks. The couple welcomed their youngest daughter Vibe in July of 2019 and also shared an older daughter, Harmony. Rapper YG has made his personal life private for now, and there seems no indication of him dating anyone.

His grandparents raised YG as his dad was never available because of his continuous issues with the law, which kept him in jail for most of YG’s childhood years. His mother, Shonee Jackson, used to operate a daycare business in Paramount. When the daycare business wasn’t receiving enough income, she left and started working at a grocery store. She has also worked at the famous fast-food company, McDonald’s. Things got more difficult for YG’s family when they lost their home and were forced to struggle to survive.

YG was influenced by bad company, and at the age of 16, he joined Bloods Gang and was exposed to various illegal activities like robbery and drug dealing, which in return led him to serve some jail time.

Though he always had a wrong company, his passion for rap music. As a teenager, YG used to perform in clubs, and it helped build up his rap career.