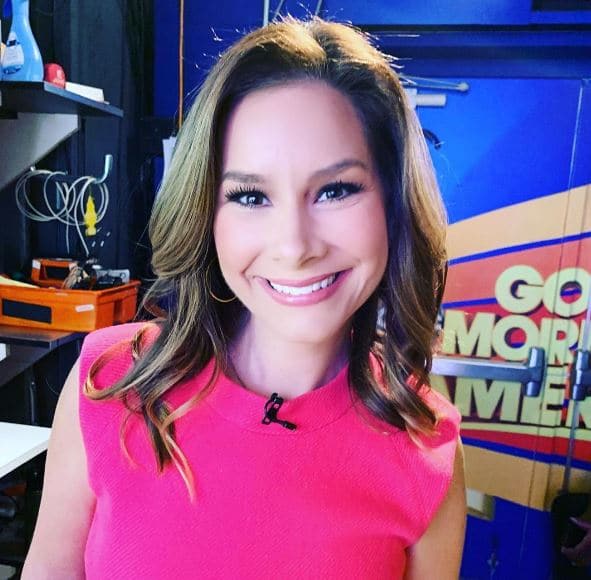 Among all the famous Journalists, Rebecca Jarvis sure makes a list with her outstanding career achievement. She serves as the Chief Business, Economics, and Technology Correspondent for ABC News. Likewise, she is also the host, creator, and managing editor of Real Biz with Rebecca Jarvis and the podcast No Limits with Rebecca Jarvis. Moreover, she also was a finalist on Season 4 of The Apprentice.

Before working in a news channel, Rebecca was a short-term interest trader on Citigroup’s foreign exchange desk in London and later worked at Banc of America Securities in Chicago. However, she left her job to pursue a career in journalism. She joined CNBC on March 7, 2006, as an associate reporter and left her post on September 18, 2009.

On April 1, 2010, she later joined CBS News as a financial reporter and then took the role of co-anchor of CBS This Morning Saturday and then moved to ABC News in 2013. She worked as the Chief and Economics Correspondent of ABC, a position she holds to this day. Besides, she also launched a new podcast with ABC News Radio, No Limits with Rebecca Jarvis, and is also a governor on the board of the Society of American Business Editors and Writers. As of 2020, Rebecca Jarvis holds a net worth of $500,000.

Rebecca’s University life didn’t just aid her in her academics but also assisted her in her love life. She met the love of her life, Matthew Hanson while pursuing her degree. Rebecca tied the knot with her husband on January 28, 2012. She and her husband shares vow at the McNamara Alumni Center in Minnesota. She knew her husband a few years before dating him, she remembered,

“I remember him as this guy’s guy, always hanging out with a large group of friends and making them laugh,”

Along with her husband, Rebecca introduced her first child, a daughter on February 20, 2019. She named her adorable daughter, Isabel Noemi Jarvis Hanson.

Rebecca Ann Jarvis was born in 1981 in Minneapolis, Minnesota. She celebrates her birthday on September 28, which makes her age 38. She was raised by her father, James T. Jarvis, and mother, Gali Jarvis. The ABC journalist, Rebecca, attended St. Paul Academy and Summit School before graduating from the University of Chicago in 2003.

She possesses American nationality and comes from a White ethnicity.