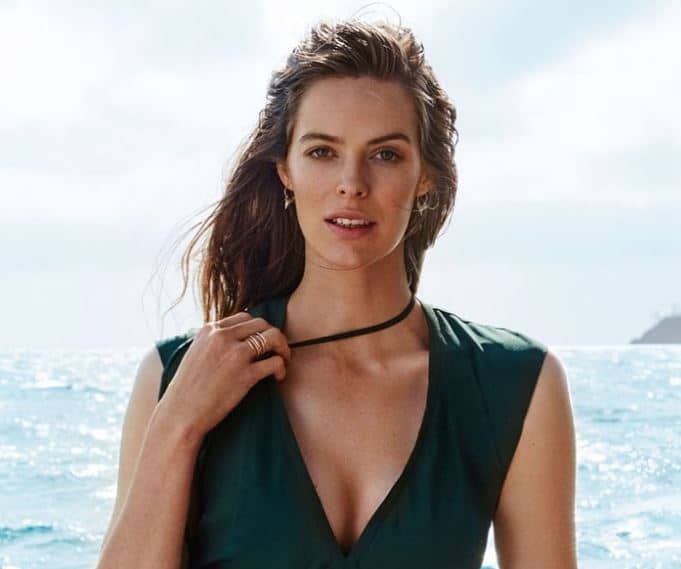 The model requires amazing body and figure, Robyn Lawley came into the model scene as a plus-size model and became the first Australian plus-size model to be featured on the cover of an Australian fashion magazine. Likewise, she has won awards such as Fun, Fearless Female, Rising Star Award 2011 and Model of the Year during the Full Figured Fashion Week. She is a prominent model from Australian and has modeled for top fashion brands and designers.

Robyn started her fashion career in 2006, appearing for Dolly’s magazine shoot. After appearing for Elle, Marie Claire, and Cosmopolitan, she was featured on the cover of Vogue Italia in 2011. Likewise, she also has walked for designers like Peter Morrissey and Elena Miro. Furthermore, she modeled for H & M’s debut inclusive line and Mango’s plus-size line and has appeared in campaigns for Ralph Lauren.

In 2015, she became Sports Illustrated Rookie, making her the first plus-size model to be featured in the magazine’s annual Swimsuit Issue. She has been in an issue in 2015, 2016, 2017, and 2018. Besides, she also launched her swimwear in collaboration with Bond-Eye Swimwear, which was launched in August 2013. Besides, her cooking recipes has also been featured on the website of Good Morning America. She has written two articles on body image for The Daile Beast. Likewise, Robyn Lawley’s holds a net worth of $1 million.

Being an Australian model, fans of Robyn are often curious to know who the beautiful model is dating. If you were thinking of taking a chance with the beautiful lady, you are in no luck as she is already taking by her boyfriend, Everest Schmidt. The couple started dating in 2011 after they first met at a bar in New York. Their relationship sails smooth to this day, and Robyn takes her time to show appreciation towards her loving boyfriend. Besides, her husband is a lawyer working for Paul Law Group.

Besides, the adorable couple is also parents to their daughter, Ripley Lawley Schmidt, who was born on February 26, 2015. Nonetheless, Robyn and her boyfriend are yet to tie the knot. However, it will be a long time before we see the couple as husband and wife as Robyn has shared her unwillingness to get married anytime soon.

Robyn was born in 1989 in Girraween, New South Wales, Australia. She celebrates her birthday on June 13, which makes her age 30. Her parents, Chris Lawley and Janne Lawley, raised her around her two elder sisters, Shona Lawley and Jennifer Lawley. She lost her father to cancer.

She attended Macarthur Girls High School in New South Wales. Robyn holds Australian nationality and comes from Caucasian ethnicity. She has a height of 6 feet and ½ inches.