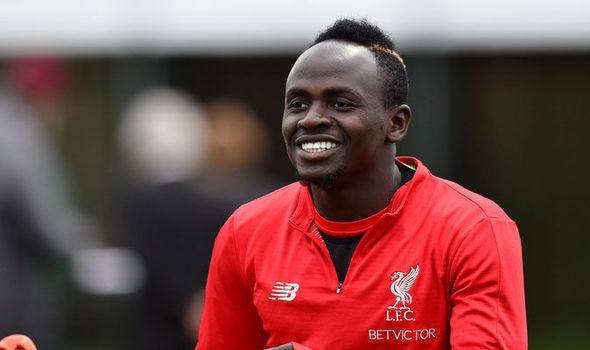 Sadio Mane is a Senegalese professional footballer, playing for the Premier League Club ‘Liverpool’ and the ‘Senegal National Team.’ He started his career with Metz in France in 2011 and played for Premier League Club Southampton previously. He is the most expensive African player after Mohamed Salah to the date. Recently, he earned a nomination for February Premier League Goal of the Month award.

Sadio started his career at the age of fifteen. He played with the Metz of France, and the first match was against Bastia in Ligue 2 where he played as a substitute for Kevin Diaz in the 75th minute. He was transferred to the Austrian team Red Bull Salzburg on 31st August 2012. Later on, he moved to the Southampton on 1st September 2014 and signed a four-year contract. He has recorded the fastest hat-trick in a match in 2 minutes 56 seconds.

Sadio joined Liverpool in 2016. His first match with the Liverpool team was against Arsenal in the Premier League. He recorded another goal against the AFC Bournemouth on 14th April and held a record of highest goals in a premier league by a Senegalese.

Sadio is one of the 23 squads of the Senegal team to play for the FIFA World Cup 2018 in Russia. He is receiving an annual salary of $6.5 million from his present club. He bought a house in 2016, and the present value of his home is around $2 Million. His net worth dwells around $8 Million.

Sadio has managed to keep his personal life under the curtains. He is quite concentrated towards his games and has kept his private life much confidential. He usually appears at public events alone, and the only family he mentions is his relatives who live in Senegal.

In December last year, a rumor circulated on social media about him getting married to a Tunisian on January 5, 2019. However, the Senegalese winger denied the story later and revealed that he’d be focusing on his games. For now, he is still an unmarried man, waiting for someone special to marry.

Moreover, Sadio hasn’t gushed about having a girlfriend as well. Once, he was allegedly dating Melissa Reddy. After Melissa posted their picture together on her Instagram account, the photo went viral and fueled the dating rumors.

Sadio Mane was born on April 10, 1992, in Sedhio, Senegal, making his age 26. He grew up in a small village in Bambali and lived with his uncle’s family as his parents had many children and could not finance him. He is Senegalese by nationality and belongs to African ethnicity.

Sadio endured an impoverished childhood but harbored big dreams for the future. He developed an interest in football at the age of two and started playing with other kids in the neighborhood in the street. He was inspired to pursue his career in football after he saw his country’s national team perform at their best in the 2002 World Cup.

Sadio has a decent height of 5 feet 7 inches, and he weighs about 70 kg.