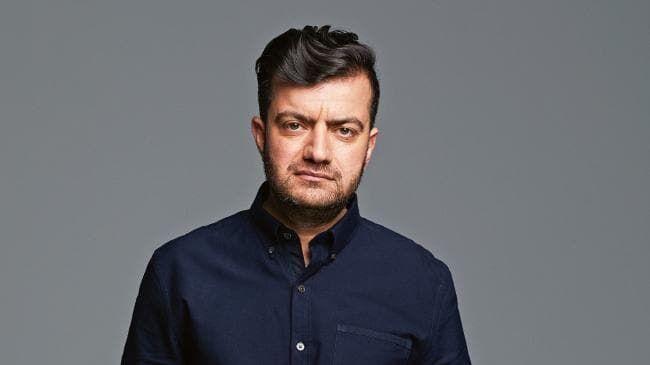 On 12th December 2017, Sam confirmed he would be resigning from the Senate before the 2018 parliamentary year. He formally left on 25th January 2018. He then passed a two-show trial to join KIIS 106.5 Sydney breakfast show on a segment known as Gutter Politics.

Sam even replaced Overnight talk show host Luke Bona on Triple M for two weeks. He is currently appearing in the fifth season of the reality series I’m a Celebrity…Get Me Out of Here!.

Sam got married to his now ex-wife, Helen Barron in the year 2010. The couple lived in the Sydney Suburb of Russell Lea with their two beautiful daughters. Unfortunately, Sam announced his split with his wife after eight years of their marriage.

Soon after the split with his ex-wife, Helen, Sam started dating Claire Johnston, a Labor Staffer and former media assistant to ex-Prime Minister Julia Gillard. He was spotted with Claire in October and November of 2018 attending some events together.

Sam broke the news of split with his wife from the South African jungle, where he and other contestants went to spend a month for competing on the show I’m A Celebrity…Get Me Out Of Here!.

Sam Dastyari was born in the year 1983 in Sari, Iran. He celebrates his birthday on 28th July, which makes his age 35. He is Australian and belongs to mixed ethnic background.

Sam was born to his Azeri mother, Ella, and Persian father, Naser Dastyari. He went to Australia with his family when he was four. He went to John Purchase Public School in Cherrybrook. Sam joined the Australian Labor Party at the age of 16 and was vice-captain at Baulkham Hills High School.

He dropped out of a Bachelor of Economics / Bachelor of Laws course at the University of Sydney as he often caught up in the movement and student politics.

He became President of Australian Young Labor. Later, he studied part-time at Macquarie University, graduating with a degree in Bachelor of Arts majoring in politics.