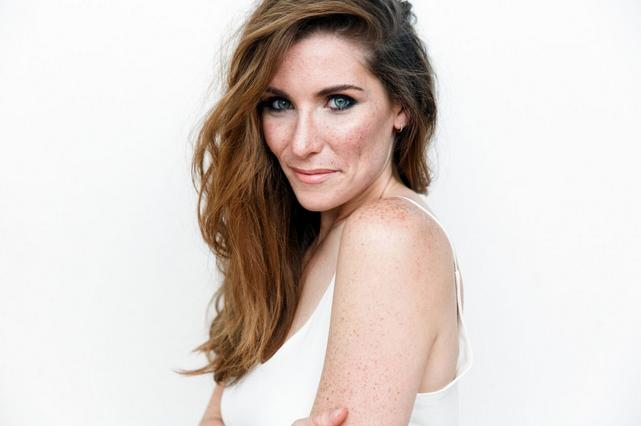 Sarah Levy is one of the famous Canadian actresses, who is known for playing the role of Twyla Sands in the Canadian sitcom series, Schitt’s Creek. She made her film debut in 2005 in Cheaper By The Dozen 2.

Sarah started her acting career at a young age. She is known for her role in Schitt’s Creek, where she appears as Twyla Sands and co-stars with her father and brother. Her other film credits include Larry Crowne, Roomies, Working the Engles, and Cheaper By The Dozen 2.

Sarah has earned a considerable amount of money from her professional career. Her net worth dwells around $300 Thousand.

Sarah is probably single and is unmarried. She has never been involved in any rumors, affairs, and controversy, which would suggest to the media and fans about her possible affair and boyfriend.

As Sarah is already in her ’30s, she is looking forward to tying the knot in the coming days. In 2017, she called actor Ryan Gosling her ‘husband’ on her Twitter and revealed how glad she was for taking care of the kids for him.

Thank you to my husband, @RyanGosling, for such a beautiful speech. Yes I was home taking care of the kids but I'm glad to do it for you.

However, Ryan is in a relationship with his partner, Eva Mendes. So, whatever she tweeted about Ryan was just for a fun purpose.

Sarah Levy was born in Toronto, Ontario, Canada, on September 10, 1986, which makes her age 32. She is the daughter of famous actor Eugene Levy and his wife, Deborah Divine. She grew up with her brother, Daniel Levy, who is also a television personality.

Sarah had a happy and memorable childhood. She was interested in acting since her high school days.  She graduated from Branksome Hall and studied theatre at Dalhousie University.

Sarah has a decent height of 5 feet 3 inches. She is about 6 inches shorter than her brother, Daniel.