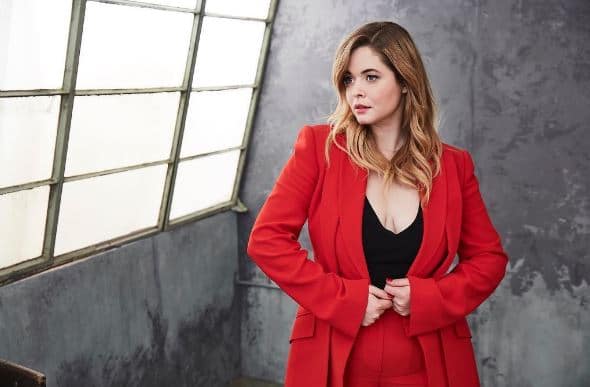 Pretty Little Liars is one of the popular and fan-favorite series that paved the way for many of its cast, including Sasha Pieterse, who was already acting professionally at age 6. Since her appearance in the Pretty Little Liars, she has appeared in tons of series and films while also releasing few singles. Likewise, she also has few awards under her name, including the 2003 Young Artist Awards, 2014 Teen Choice Awards, 2015 Independence Spirit Awards, and 2016 Teen Choice Awards.

Sasha Pieterse started her career very young and had already made her first T.V. appearance as a co-star on the W.B. Comedy series, Family Affair, by age six. Her parents noticed her interest in acting and enrolled her at acting classes, and she had already amassed five acting credits at age 9. Besides, she had also played in many commercials and modeling jobs.

Likewise, she went to appear in several T.V. series like House, C.S.I.: Miami, Heroes before finally landing her most-loved role as Alison DeLaurentis in Pretty Little Liars. She also made an appearance in Geek Charming, Sing It! and Dancing with the Stars before reprising her role in 2019 in Pretty Little Liars: The Perfectionists.

Sasha is married to her longtime boyfriend, Hudson Sheaffer. The couple started dating in 2012 and were engaged three years later in 2015. Likewise, the couple tied the knot on May 27, 2018, at Castle Leslie in Glasslough, Ireland. Likewise, Sasha has been very open about her relationship, often sharing moments with her husband on Instagram.

Likewise, she often takes time to share pictures with her husband with an adorable caption. Furthermore, she celebrated this year Valentine’s day with a picture of her and her husband with their two adorable pet dogs. The caption read,

“I love our little family 🤍 @hudsonsheaffer and I love celebrating us, everyday…even when we argue about what time we need to get to the airport. Happy LOVE Day y’all. Tell someone you love how you feel and hold em close, life’s too short!”

Nonetheless, the couple is yet to become parents and share no children for now. However, they are godparents, and Sasha has shared many posts with her grandson on Instagram.

Sasha Pieterse-Sheaffer was born in 1996 in Johannesburg, South Africa. She celebrates her birthday on February 17, which makes her age 24. She moved to the U.S. in 2001. She was raised by her mother, Zizi Pieterse, and Sean Pieterse. Her parents were a professional acrobatic dance team who performed internationally.

The actress was homeschooled, and she graduated at age 14. She holds an American and South African nationality and comes from a mixed ethnicity. She has a height of 5 feet and 6 inches. At the start of season 25 of Dancing with the Stars, Sasha revealed that she was diagnosed with polycystic ovary syndrome, which was the main reason for her sudden weight gain.