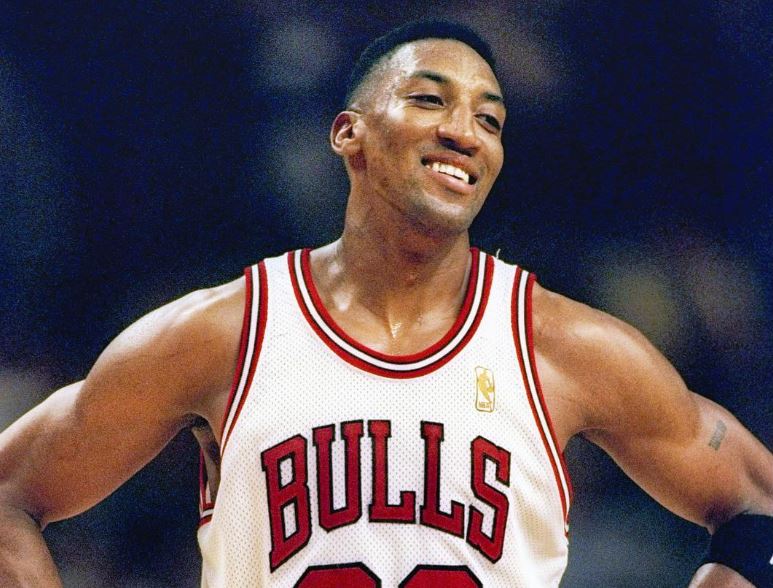 Scottie Pippen is a professional retired basketball player who is known for his games with the Chicago Bulls where he won six National Basketball Association titles. He played a significant role in transforming the Chicago Bulls team and NBA around the world in the 1990s. In 1996, his name was enlisted in the NBA’s 50 greatest players.

Scottie played for Chicago Bulls from 1987 to 1998, for 12 seasons. He is the only player who won an NBA title and Olympic gold medal in the same year. Besides, he was the leading member of the 1992 U.S Olympic “Dream Team.” He also played for Houston Rocks and moved to Portland Trail Blazers.

Four years after, he rejoined Chicago Bulls and played for one season. He retired in 2004, where Chicago Bulls arranged a ceremony with a game against Los Angeles Lakers in the presence of NBA stars. But he made a comeback with Torpan Pojat in 2008 and was on the team of Sundsvall Dragons the same year.

Including all his earnings and properties, his net worth dwells around $50 Million.

Scottie has married twice. He tied the knot with Karen McCollum in 1988. He had a son, Antron Pippen, born in 1987, with his wife, Karen. But they couldn’t sustain their relationship and had a divorce in 1990.

Scottie married his second wife, Larsa Pippen, on 20 July 1997 after dating her for two years. His wife, Larsa is an entrepreneur and reality TV personality who starred in The Real Housewives of Miami. She is ten years younger than Scottie. The couple has four children – three sons (Justin Pippen, Preston Pippen, and Scottie Pippen Jr.) and a daughter named, Sophia Pippen.

Scottie has two daughters – Sierra Pippen and Taylor Pippen – from his previous ex-girlfriends, Yvette De Leon and Sonya Roby. On 21st October 2016, he announced separation with his wife, Larsa. He filed for divorce from Larsa on 18th October in Florida, which came up just after they celebrated their anniversary. His wife, Larsa was reportedly seen hanging out with the rapper Future in Miami while visiting her friend, Kim Kardashian. However, the couple decided to dismiss the petition for a split in Broward County Family Court.

In November 2018, Larsa filed for divorce from the retired Chicago Bulls star in Los Angeles, citing irreconcilable differences. She requested for joint legal and physical custody of their four kids and spousal support.

Scottie Pippen was born in Hamburg, Arkansas, on September 25, 1965, making his current age 53. He is the youngest among twelve children of his parents – Ethel and Preston Pippen. He belonged to a lower-class family, and his parents were not financially stable to send their other children to college.

Scottie had a keen interest in basketball since his childhood. He went to Hamburg High School where he played as a point guard for his school’s team. After high school graduation, he joined the University of Central Arkansas in Conway and played for the University’s team.

He is a tall giant as his height measures 6 feet 7 inches.