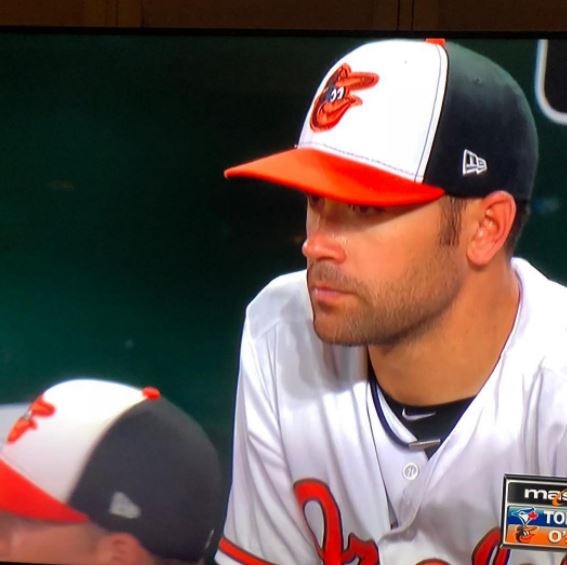 Sean Gilmartin is famously recognized as an American professional baseball pitcher who recently joined Tampa Bay Rays for the minor league. He had previously played in MLB for teams like New York Mets and Baltimore Orioles.

Likewise, he was the 28th overall selection in the 2011 Major League Baseball draft by the Atlanta Braves. He was an All-American pitcher for the Seminoles baseball team during his university days. However, he is making headlines as his wife was appointed as the 31st White House press secretary.

In 2014, Sean made his MLB debut for the New York Mets against the Braves in which his team lost with a score of 5-3. Later, he made his first MLB start throwing five innings against the Phillies. Likewise, in 2015, he played a hand to push Mets to the world series, but he next two seasons weren’t as successful, and Sean spent most of 2016 and 2017 in minors. On June 11, Sean was claimed off waivers by the St. Louis Cardinals and was outrighted to AAA on September 1, 2017, before being released on July 2, 2018.

However, Sean signed a minor league deal with the Baltimore Orioles and was called for the majors on August 11, 2018. He had his contract selected to the majors on June 17, 2019, but was designated for assignment on June 25, following the acquisition of Taylor Scott. He elected free agency on October 1, 2019. Regardless, On February 8, 2020, he signed with a minor league deal with the Tampa Bay Rays. As of 2020, Sean Gilmartin holds a net worth of $2 million.

Sean is a married man and shares his life with his beautiful wife, Kayleigh McEnany. Moreover, his wife was named the new White House press secretary on April 7. She was Trump’s 2020 campaign spokesperson. Likewise, Sean and Kayleigh had been dating since 2005, and the beautiful couple eventually tied the knot on November 18, 2017, after getting engaged in 2016. After a few days of their marriage, Sean’s wife tweeted pictures of their wedding writing,

“Married the love of my life @GilmartinSean on Saturday, and @rodrigorvphoto captured it beautifully!! What an amazing photographer. Couldn’t be happier with how these turned out. Can’t wait to see the rest!”

Besides, the couple also became parents when Sean’s wife gave birth to their first child, Blake Avery Gilmartin, on November 25, 2019.

Sean Patrick Gilmartin was born in 1990 in Moorpark, California. Sean celebrates his birthday on May 8, which makes his age 29. He was born to his father Paul J., a chiropractor and JoAnna Gilmartin. He had attended Crespi Carmelite High School and later attended Florida State University in 2009.

The pitcher holds an American nationality and comes from White ethnicity. He has a height of 6 feet and 2 inches.