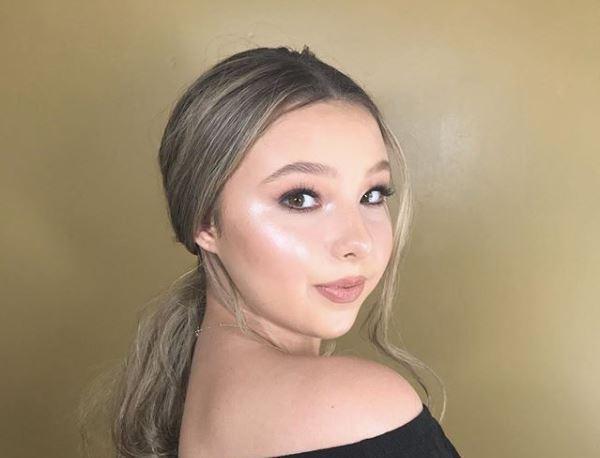 Child prodigy Sophia Lucia started to dance at the age of two after she saw music videos on the television. She participated in her first dance competition when she was only three. Growing up, she has developed a keen interest in dancing and also finished training at Master Ballet Academy in Scottsdale, Arizona.

Sophia started dancing as a competitor when she was only three. As an artist, she is known to reality television fans for her part on the Lifetime series Dance Moms. She made her Dance Moms appearance in the third season of the show. She has also participated in other TV shows like Dancing with the Stars, So You Think You Can Dance, Shake It Up, and America’s Got Talent. Moreover, she also appeared on The Ellen Degeneres Show. She made her film debut in 2010 as child star icon Shirley Temple in the Fox Legacy Movie “The Shirley Temple Story.”

Sophia is a California Kisses Spokes Model since 2012. In 2014, she was named “Junior Female Best Dancer” at The Dance Awards. She even set an official Guinness world record of 55 Consecutive Pirouettes.

In 2013, she was honored with ‘Most loved Dancer 17 and Under’ at the Industry Dance Awards. She was also nominated for ‘Favourite Dancer 17 and Under’ in 2014, and 2015. In 2015, she participated in the YouTube series, “Teenager Dance Challenge” and won first prize in the challenge.

Sophia earns good enough from her dancing career. Her net worth dwells around $400 Thousand.

Charming and cute Sophia is just 16 years old. However, it seems like something is cooking between her and Dylan Nalbandian, who frequently appears on Sophia’s social sites.

The two seems too close to each other and often spends time together. The relationship between them is more likely to be of boyfriend and girlfriend, instead of being just friends. However, neither of them has confirmed their affair to their fans.

Sophia Lucia was born on 7 September 2002 in California, USA, making her age 16. Her birth sign is  Virgo. She went to Master Ballet Academy. She is American and belongs to white ethnicity.

Sophia was born to Jackie Lucia. She has a brother named, Vinny Lucia. Her height measures 5 feet 5 inches. She has brown hair and eyes.