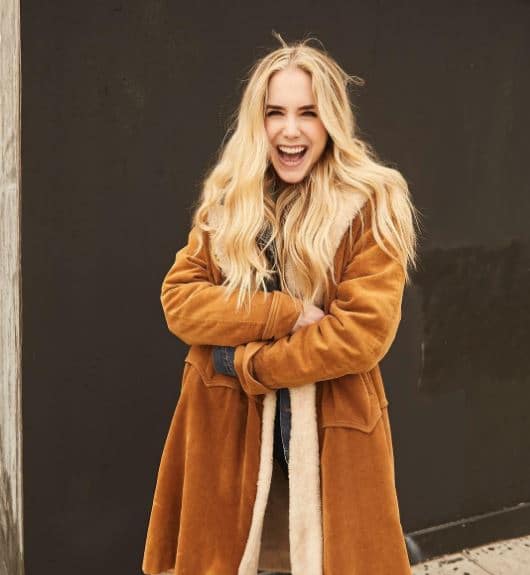 From satirical horror movie, Detention to the sitcom, Cougar Town the actress, Spencer Locke has roped in every genre of cinema. She has left no stones unturned in The Vampire Diaries and franchise of Resident Evil too.

The actress, Spencer Locke, is fortunate enough to have a husband, Chris Mason, who shares same professional couch. He isn’t bothered about upcoming Mondays since he has found a beautiful soul in Locke. The couple shares amazing chemistry in social media. Hence, fans anticipate watching both in a romantic movie or TV show.

Spencer Locke and Chris Mason tied the knot in November 2017 after a year of engagement.

Mason has appeared in the number of Hollywood projects, such as Broadchurch, Legend and Pretty Little Liars: The Perfectionists. Still, he hasn’t worked with his wife; the couple isn’t aware of one another’s practical work ethics despite hearing them often.

Locke and Mason tied the knot in November 2017 after a year of engagement. The couple enjoys the thoughts of building a castle in the North Wales and snow time at Christmas. There’s much more in reserves for the love birds, Locke and Mason accordingly Insta diaries.

Her debut screen presence was ‘Kidz Bop: Everyone’s a Star’ in 2003. A year later, she starred as a sleepover friend in a rom-com movie, Spanglish. The year 2006 was a breakthrough moment for Locke when she earned nomination on Annie Award for Voice Acting for the animated film, Monster House. She continued living off the thrilling role as K-Mart in Resident Evil series, Ione in Detention, and Melissa Rainer in Insidious: The Last Key.

Last year, she portrayed the honourable character, Amberley Snyder, who overcame her paralysis and outpointed barrel race competition in Walk Ride Rodeo. Regarding the TV shows, she played a noteworthy role in Cougar Town, The Vampire Diaries, In Plain Sight, CSI: Miami, NCIS, Cult, Two and a half and much more.

She swooned away the casting director with her performances. In an instant, he decided to persuade Netflix to make Locke play the lead role, Amberley Snyder. However, she was anxious for the movie, since she had never ridden horses properly. So, she went to the Tremonton area to get in some “boot camp” with Snyder.

Spencer Locke grasped the tips to ride a horse

She grasped the tips to ride a horse and perform daily routine while staying in a wheelchair. Even Snyder was glad to see how Locke maintained physicality and portrayed her in an accurate way.

“I think that spending time in (a wheelchair) probably allows you to have a bigger perspective on what it’s like,” Snyder said. “When she did that, which was her putting in an effort to understand more what it would be like to be me.”

She has been a part of blockbuster movies, as mentioned earlier. The movies like Resident Evil, Monster House, Tarzan, and Insidious have garnered stacks of dollars at the box –office records. Again, she is an inseparable TV character of NCIS, CIS: Miami, CSI: Cyber that she pockets huge amount for each episode.

Spencer has a net worth of millions of dollars from the acting profession alone. Locke also earns through voicing over Ashley in Forza Horizon 2, and Jenny Bennett in Monster House for Xbox.

28-years old Spencer Locke was born on September 20, 1991, in Winter Park, Florida. She is obsessed with her mother, Jaymee Locke and a sister, Chelsea Locke, in accordance with Insta story. Among her parents, she has only mentioned of a mother, talent manager and a skincare guru as well as sister, a hair colourist and country music enthusiast. Locke regards her mother, a rockstar who can do everything, whether it’s making her day or cheering up during difficult times.

The beautiful and elegant Locke stands decently tall at five feet and six inches in height. Gracing the American nationality and Caucasian ethnicity, Locke is a cheerful personality on and off the screen.