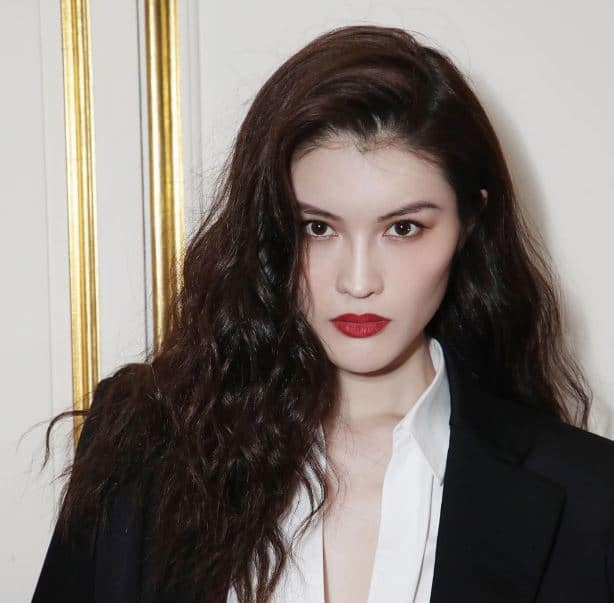 Sui He is a Chinese model and actress who was the first East Asian model to open for a Ralph Lauren runway show. Besides, she was also the second model of Chinese descent to walk in the prestigious Victoria’s Secret Fashion Show. Sui He is one of the famous models from China and has appeared in the covers of many magazines. She has been making many headlines in the Chinese modeling community and is an iconic model from China.

Sui He’s modeling career started when she entered a Chinese modeling contest at age 17. After winning the competition, she signed with China’s Bentley Culture Development Co. in Beijing. Likewise, her other management includes Storm Model Management, Fashion, Nathalie Models, and New York Model Management. Also, her career shined when she became the second model, after Liu Wen, to walk for Victoria’s Secret in 2011 and since then, has walked for multiple Victoria’s shows.

Besides, she has made debuts in the runway and covers of many brands and magazines like Dior, Ralph Lauren, Karl, and H&M. She was also chosen to be the first Asian global spokesmodel for Shiseido. Moving away from her modeling career, she has also appeared in few movies like Temporary Family, You Are My Sunshine, Legend of the Naga Pearls, and Pegasus. As of 2020, Sui He has a net worth of $10 million.

Is She Dating? Who is Sui He Boyfriend?

Ever since her appearance in The Victoria’s Secret Fashion Show, Sui He has often been asked if the model has someone special in her life. Nonetheless, Sui He seems to be single as she has not appeared with a boyfriend of any sort. Besides being linked to anyone, Sui He also has not shared romantic pictures with a partner of any sort, and there seems to be no sign of her dating.

However, we can’t forget the fact that Sui He might like to live he life privately and might be hiding her boyfriend from the public to avoid unwanted media attention. Nonetheless, Sui He might be busy in her rising career and has not given much thought to dating. Regardless, we assume her to be single until she appears publicly with a boyfriend.

Sui He was born in 1989 in Wenzhou, Zhejiang, China. She celebrates her birthday on September 23, which makes her age 30. The model has not shared many details on her parents and siblings. Nonetheless, she was a member of her city’s swim team for seven years.

Sui He holds Chinese nationality and comes from an Asian ethnicity. The beautiful model has a height of 5 feet and 11 inch and black hair with brown eyes. Her magnificent body measures around 31-24-34.