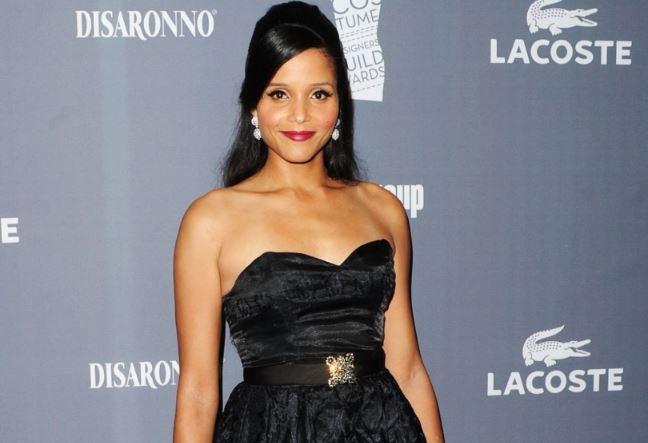 Sydney Tamiia Poitier, a Bahamian-American actress, followed footsteps of her parents in acting. She got noticed after playing a central role in the series Carter. The actress has not looked back since then and is continued to be loved across the globe. Sydney’s rise into the fame helped her to land movies like Nine Lives: Hood of Horror, Clinical and more.

Net Worth as an Actress: $5 Million

Sydney followed in the footsteps of her parents and pursued her dream of becoming an actress. In the late 90s, the movies did not help her to gain attention that she needed. In 2001, she landed a role in the NBC drama series First years which uplifted her career. Following that, she was seen acting on a couple of series and movies. The series Carter moved her towards fame.

Considering her fame, Sydney’s net worth is estimated to be around $5 million. She has earned a whopping amount from her TV series and movies.

Is Sydney Tamiia Poitier Married? Relationship with Husband and Daughter

Sydney is in her 40s and married to her longtime boyfriend, Dorian Heartsong. The couple has been married since 2012 and has a beautiful daughter named A’Zalia Delancey Coffey. The surname of her daughter‘Delancey’denotes the meaning of triumphant. Her husband is a musical artist and a former bassist of the band American rock band Powerman 5000.

Sydney with her husband, Dorian Heartsong

In 2003, she had an interview with NDailyNews; she shared her past relationship with the media. However, she was not serious with any of the guys she dated in the past. As of now, Sydney is living happily with her husband and daughter and look forward to maintaining their relationship.

Sydney was born to parents involved with the entertainment business. Her father, Sir Sidney Poitier, is the first Bahamian actor to win two awards, Academy Awards and Golden Globe Award for Best Actor. Her mother is also an actress from Canada, Joanna Shimkus. Sydney shared her childhood with her sister Anika who is currently married and has two children.

Sydney was born in Los Angeles, California on the 15th of November, 1973. She is an American by nationality and belongs to mixed ethnicity Afro-Bahamian, Irish ancestry and Lithuanian. Her zodiac sign is Scorpio. She was born to one of the renowned Bahamian actor Sir Sidney Poitier and Canadian actress Joanna Shimkus. Sydney married her longtime boyfriend Dorian in 2012.

Sydney stands tall with a height of 5 ft 10 inch and weighs 59 kg. She has dark brown eyes with dark hair that makes her look mesmerizing.