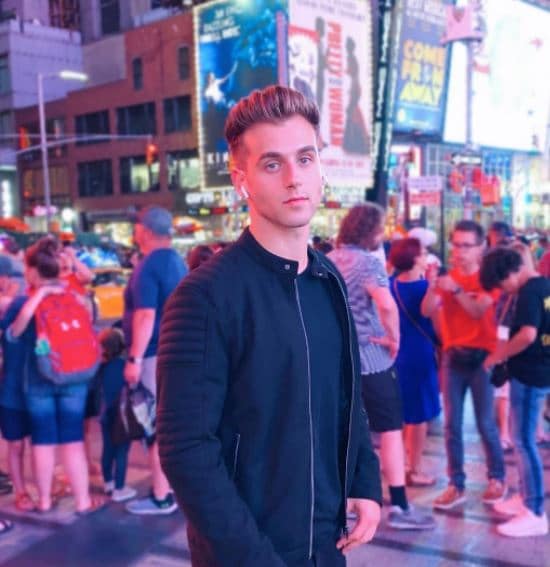 Who would have an idea that you could become an internet celebrity by reacting to several videos on the internet? Tal Fishman is one of the most popular YouTuber who gained attention on the platform by reaction videos. He has over 15 million subscribers and has been earning crazy views on his channel.

Learn more on the amazing YouTuber and get to know more on his dating life, net worth, and much more.

Tal Fishman grew in popularity through his YouTube channel, Reaction Time. He started the channel on April 25, 2015, and he uploaded videos reacting to other videos on YouTube. His channel quickly earned popularity as many people tuned in to his channel to watch his reaction. He now has over 15.3 million subscribers on his channel and over 4 billion views.

He is also quite popular on Instagram, with over 1.6 million followers. The YouTuber has an addition of 1.2 million followers on his TIkTok account. He also has appeared in movies like Good Boys, Rhett, and Link’s Buddy System and Scoob!. Tal is definitely one of the most well-known and famous personalities on the internet. While he has not revealed his earnings and income, we estimate his net worth of being around $1 million.

“It’s already been a year..wow how time flies so fast when you’re with someone that you love and brings out the best of you. I am forever grateful to have met you knowing you were the one. You’re there for me when I need you most. I love you more than words can describe. Happy Anniversary”

Before, Tal had tons of crazy fans who proposed him. Moreover, a girl named Schmitty posted a video revealing about their fake love story, she claimed that Tal had confessed his love to her and she had requested him to send plane tickets so he could raise her in America. Tal later posted a video claiming there was nothing between them.

Tal Fishman was born in 1996 in Los Angeles, California. He celebrates his birthday on December 27, which makes his age 23. The YouTuber has not shared much on his parents and early life. However, he has featured his YouTuber brother, Adi Fishman, several times on his channel. He also has a sister named Shani.

Tal holds an American nationality and comes from White ethnicity. According to one of Tal’s tweets, he has a height of 6 feet and 2 inches.