Taylor Schilling has won the heart of millions of global fans from her role as Piper Chapman in Orange is the New Black. All thanks to her role in OITNB; she earned both Emmy and Golden Globe nominations. She will reprise her role as Piper Chapman in the seventh and final season set to be released this year. She plays a young mother, Sarah Blume whose son, Miles shows disturbing behavior after being possessed by an extraordinarily dark force in the spooky new horror flick The Prodigy.

She started her career from the small roles in the movies. She portrayed as a supporting role in the film Dark Matter in 2007. Through an audition, she landed a role in the NBC medical drama Mercy as Nurse Veronica Flanagan Callahan.

She even appeared in Atlas Shrugged: Part I in 2011 as Dagny Taggart. In 2013, she had a breakthrough role as Piper Chapman in the Netflix comedy-drama series Orange is the New Black. 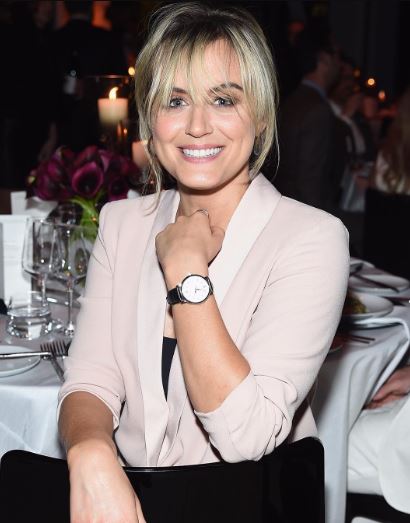 She is brilliant and creative with her mind. She handles every work with sincerity and full dedication. Her newly released horror flick The Prodigy is doing a good business. Besides, she’ll reprise her role in OITNB for its seventh and final season, scheduled to be released this year. Undoubtedly, she has earned a substantial net worth from her acting career.

Her net worth dwells around $1.5 Million.

Taylor has maintained a low-key profile about her personal life as she hasn’t disclosed much about herself to the media and fans. This might be the reason behind her privacy about her boyfriend and affairs.

She once spoke about her nature and relationship, saying:

I’ve had very serious relationships with lots of people, and I’m a very expansive human. There’s no part of me that can be put under a label. I really don’t fit into a box – that’s too reductive.

She was allegedly dating her OINTB‘s co-star, Carrie Brownstein in the summer of 2015. However, the alleged couple never addressed anything about their relationship. Reportedly, she had an affair with a number of boys during her college days.

At present, she is probably single.

Taylor Schilling was born in the year 1984 in Boston, Massachusetts. She was born during the divorce process of her parents. She is the daughter of Robert J. Schilling, a former prosecutor, and Patricia, an MIT administrator. Her birthday falls on 27th July, making her current age 34. She has a brother named, Sam Schilling. She moved to West Roxbury and Westland in the purpose of gaining a quality education.

Taylor developed a keen interest in acting from a very young age. When she was studying at Wayland High School, she was very active in the school’s Theatre’s Program. After high school, she went to Fordham University. She then joined New York University’s Tisch School of Arts to study acting but left her studies for the sake of her interest in acting.

Taylor has a decent height of 5 feet 7 inches. She has sparkling blond hair and blue eyes.