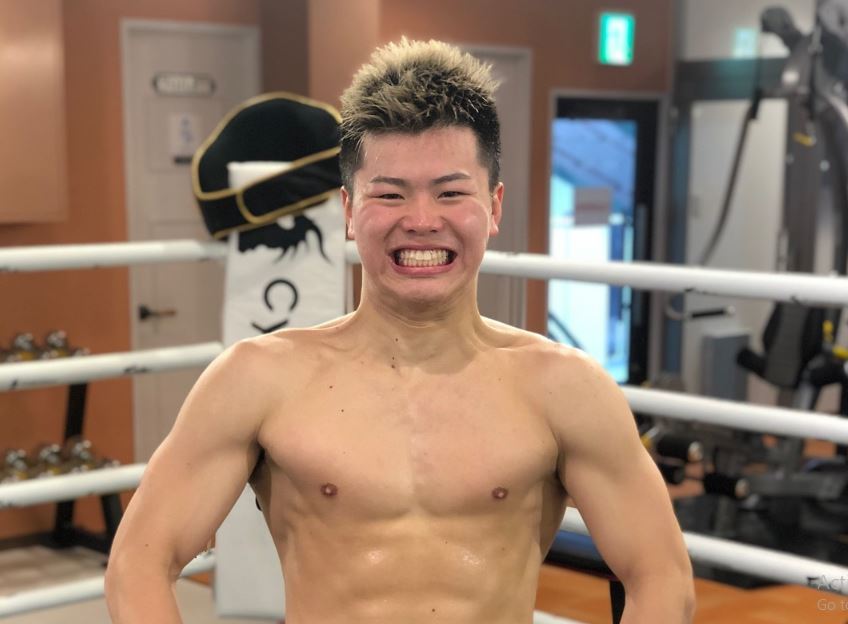 Tenshin Nasukawa is a Japanese kickboxer, known for fighting under the Rizin banner. As a kickboxer, his score is 27-0 with 26 KOs. Currently, he is the Rise Kickboxing featherweight world champion. On 31st December 2018, he lost against American superstar, Floyd Mayweather in their third round exhibition match.

Tenshin started his boxing career from a very young age. At the sixth grade, he won the national level championships and gained the attention of many people. He soon became the face of Rizin Fighting Federation and went to showcase his fighting skills in some of the country’s iconic sports venue.

At the age of 18, Tenshin knocked out Veteran Thai boxer. Later, Rizin Fighting Federation signed him, and he started competing in kickboxing and MMA competitions all over Japan. In 2017, he participated in ‘Rise Fighting Championship’ and defeated his Argentinian opponent, Ignacio Capllonch in the third round.

Tenshin has four wins in his MMA career and has 27 wins in kickboxing career. He let everyone shocked, including his opponent when he connected a hard rolling thunder kick to Yusaku Nakamura on 6th May 2018. He became one of the elite Japanese fighters at a very young age. Now, his net worth dwells around $500 Thousand.

Tenshin prefers to keep his personal life away from the media and fans. He is still an unmarried man. However, he has not talked about his dates and girlfriend in any interviews. To the date, he has perfectly managed to keep his love affairs a low-key.

Tenshin hasn’t been open about his love life on social media as well. His social accounts are impotent on revealing his relationship status. So, he is probably single.

Tenshin Nasukawa was born on 18th August 1998 in Chiba Prefecture, Japan. His father, Hiroyuki admitted him at a karate class at the age of five years old. He started his training, and by sixth grade, he won the national level competitions. He grew up with his sister, Riri Nasukawa, who is also a kickboxer by profession. Also, he has a younger brother.

At the age of 14, he got the promotion offer from Teiken Promotions, who wanted to sign him. Because of his love for kickboxing, he turned down the deal.

The 20-year-old Tenshin possesses South-Asian ethnicity and is Japanese by nationality. He has a decent height of 5 feet 5 inches, and he weighs about 128lbs.