Tyus Jones is a professional American basketball player who plays for the Minnesota Timberwolves of the NBA. Since joining the Timberwolves, he has been a solid backup guard for the team. He ended the 2018 season at a crazy 6.96, leading the entire NBA in assist-to-turnover ratio.

Tyus started his basketball career playing for the Duke Blue Devils in 2014-2015 National Championship team. He was All-ACC third team and All-ACC Freshman 1st team selection. He entered the 2015 NBA draft and was selected with the 24th overall pick by the Cleveland Cavaliers. He was shited to the Minnesota Timberwolves in 2015. 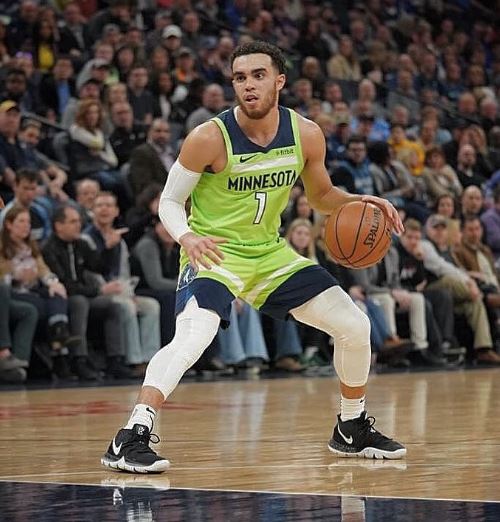 His net worth dwells around $2 Million.

Tyus was dating a volleyball player, Alyssa Goehner from his high school. The ex-couple spent most of their time together and enjoyed their high school love too. However, their relationship didn’t last long, and they split due to some misunderstandings between them.

Tyus Jones was born in Burnsville, Minnesota on May 10, 1996, which makes his age 22. He was born to parents – Debbie and Rob Jones, who were both basketball players. He grew up with his siblings – Jadee, Tre, and Reggie. Unfortunately, his parents got divorced due to irreconcilable differences between them.

His mother played as a point guard and led Devils Lake High School to the North Dakota high school championship. His father played for the University of Wisconsin–Parkside in the 1980s when they competed at the Division III level.

Tyus went to Apple Valley High School, where he developed his skills in basketball. Later, he joined Duke’s University men’s basketball team in 2014 and played for the Cleveland Cavaliers.

Tyus has a decent height of 6 feet 2 inches.