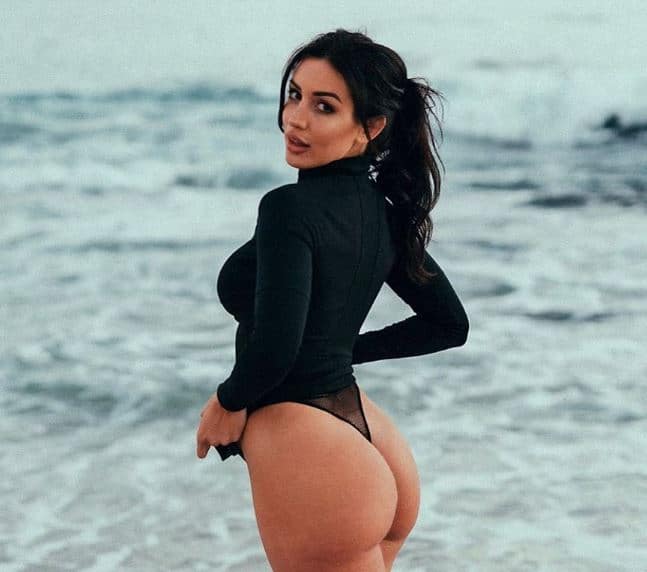 Vanessa Sierra became quite popular in 2019 after appearing in the reality TV series, Love Island. Although her time in the show has ended, she is making quite controversial headlines for her revealing pictures on Instagram, where she has over 200k followers.

Moreover, the model has also started an account on Only Fans account where her fans can subscriber here for exclusive pictures. Her actions have raised quite many eyebrows, but she is on it with her boyfriend.

Vanessa was already used to the spotlight before turning into a reality TV star. She started getting attention as a model in July of 2015 and has been quite popular on Instagram, sharing hundreds of amazing pictures. She is a model and influencer for several different brands and companies, such as Boutique Perdu and Ryderwear. Vanessa is also the owner of a swimwear line, Boutique Perdu, and fitness app. In 2019, however, she was introduced as a contestant in Love Island.

However, in April of 2020, Vanessa revealed that she had difficulty surviving on the island, and she suffered worst from the series. She had complained to producers about being uncomfortable on set, but she was left isolated in the beach hut overnight. She shared that it felt like torture. On March 31, it was revealed that she had been hospitalized after attempting suicide. However, she has now recovered from the state and is a member of the Only Fans account. She also shared that she was already in the top 2% of creators after a day of opening her account. As of 2020, Vanessa Sierra holds a net worth of $100,000.

Who is Vanessa Sierra Boyfriend?

The model, Vanessa, is dating a YouTuber named Luke Erwin. The couple started dating in late 2019, supposedly in November as her boyfriend posted a video featuring her with the title meet my girlfriend. Likewise, the couple has shared many pictures together but has sometimes faced criticism due to revealing photos of each other. The couple has a joint account on Only Fans, where their fans can see uncensored pictures of the couple.

Before Luke, Vanessa was previously dating Married at First Sight star Jessika Power’s brother, Rhyce Power. However, the relationship did not go well as he was alleged for assaulting her at a fitness camp in Thailand. Later, he was also linked with MAFS star Dan Webb and was partnered with Matthew Zukowski in 2019 Love Island.

Vanessa Sierra was born in 1994 in Australia. She celebrates her birthday on October 8, which makes her age 25. She has not disclosed much on her family but shared a picture with her grandmother in 2017.

She holds Australian nationality and comes from a mixed ethnicity. The model has a height of 5 feet and 8 inches, and her curvy body measures 36-25-36.