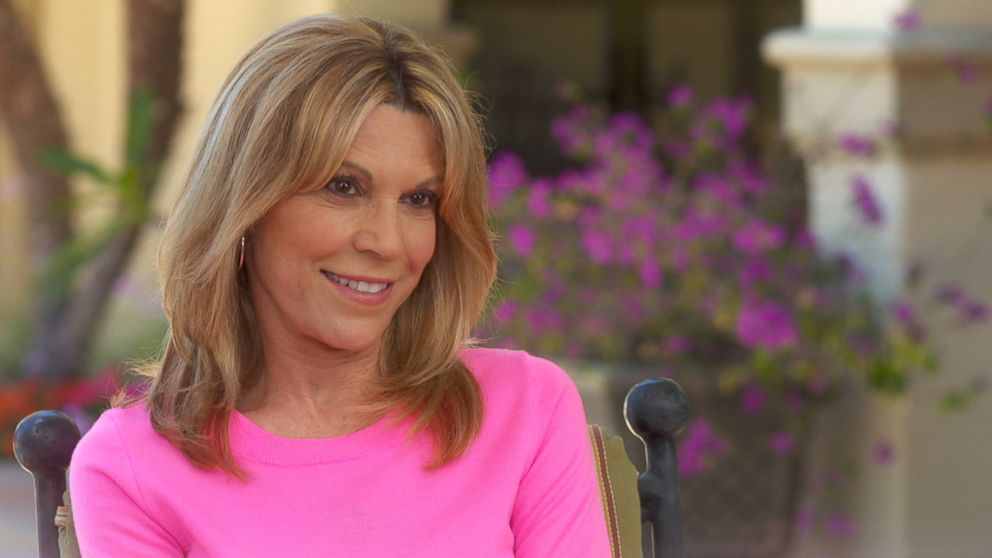 Vanna White is an American TV personality who gained fame after hosting the show Wheel of Fortune in 1982. She also performed in NBC television film ‘Goddess of Love’ where she portrayed the role of Venus. As an author, her book “Vanna Speaks” became a best-seller in 1987. Since 1982, she has been turning letters on Wheel of Fortune.

Vanna hosts the show, The Wheel of Fortune, which is a syndicated version of reality game show. Her first appearance on the game show was on 20th June 1980 in the episode of The Price is Right, in which she was among the first four contenders.

After hostess Susan Stafford left the show in October 1982, Vanna was chosen as one of the three substitute hostesses to co-host the show. On 13th December 1982, she became a regular hostess and still continues to be a daytime hostess.

She was even featured on the NBC movie called Venus: The Goddess of Love. Besides, she has appeared on TV shows such as Super Show, Simon & Simon, Married… With Children, and Double Dragon to name a few. She has earned more than $10 million from media, endorsements, and commercials.

Her net worth dwells around $50 million.

Vanna was once a married woman. She tied the knot with her ex-husband, George Santo Pietro on 31st December 1990. After twelve years of their marriage, they finalized their divorce on May 15, 2002. They share two children – son Nicholas (b. 1994) and daughter Giovanna (b. 1997).

Vanna started dating Michele Kaye, a financial analyzer, in 2002. She got engaged to him, and they spent four years together. Due to some complications, they ended their engagement in 2006.

Before marrying George, she had dated Playgirl centerfold/Chippendales-dancer-turned-actor John Gibson in 1980s. She was even engaged to Gibson, but he died in a plane crash in 1986.

She is currently dating the president of the JDC Construction and Development Group John Donaldson. The couple started dating back in 2012. They frequently appear together in public events. But they have not announced their wedding plans yet.

Vanna White was born on February 18, 1957, in North Myrtle Beach, South Carolina, USA, making her current age 62. She was born to parents – Joan Marie Rosich and Miguel Angel. She has a brother named, Chip. After the divorce of her parents, her mother married Herbert Stackley White Jr. Herbert took the role of a fatherly figure to provide her care and attention.

Vanna moved to Myrtle Beach, South Carolina, following the success of her stepfather as an estate broker/owner of White’s Realty. In 1980, she encountered tragedy when her mother passed away due to Ovarian Cancer. She moved to Atlanta, Georgia to enroll in of Fashion after she graduated from her high school.

She has a decent height of 5 feet 5 inches.