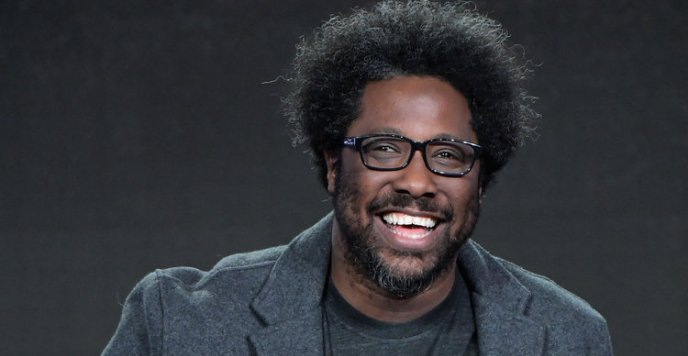 Walter Kamau Bell is a famous American TV host and socio-political stand-up comedian. His no-holds-barred approach to tackling politics, race, and social issues in his comedy shows made him even more popular. He is best known for hosting CNN docu-series “United Shades of America” with W. Kamau Bell. In 2018, Kamau made his Netflix debut with a new stand-up comedy show called “Private School Negro.”

Kamau met his wife, Melissa Hudson through their mutual friend in the San Francisco Bay Area in 2003. Though their friends supported their interracial relationship, the older members of their family stuck towards the belief that races shouldn’t intermix. Initially, they struggled to convince their families, which also affected their relationship. However, they stayed strong and tied the knot in March 2009.

Kamau shares three children with his wife. They welcomed two daughters – Sami Bell and Juno Bell in 2011 and 2014 respectively. In June 2018, his wife gave birth to their third child.

Despite being an African-American, Kamau is happy with his White wife. Looking at them, we can say that love has no ethnic background and boundaries.

After dropping out of the university, Kamau pursued his dream in the field of comedy. He became the initiator of a comedy show called “Laughter Against the Machine.” At the same time, he focused on several podcasts and distributors like Citizen Radio, WTF with Marc. Maron, and many more.

Kamau started his first drama called “One Night Only” in the year 2007. Later, he began doing another show, “Face Full of Flour” in 2010. He even wrote a blog titled “Kamau’s Komedy Korner” for the San Francisco Weekly. After struggling in the comedy, he became the Frank Sinatra Artist-in-Residence of Santa Clara University in Santa Clara, California on 7 November 2017.

Kamau is famous as the host of CNN original series “United Shades of America” and the former FXX television series “Biased with W. Kamau Bell.” In 2018, he had his Netflix debut with a new stand-up comedy show called “Private School Negro.” In April 2019, he returned to CNN for the fourth season of United Shades of America.

Kamau is now a millionaire; all thanks to his hard work in many hit TV shows. His net worth dwells around $1.5 Million.

W. Kamau Bell, age 46, was born on 26 January 1973 in Palo Alto, California. He is the son of Walter Bell, Alabama’s insurance commissioner and Chairman of Swiss Re America Holding Corporation. His mother, Janet Cheatham Bell, is an author and owns the self-publishing firm. He did his graduation from the University of Chicago Laboratory Schools and joined the University of Pennsylvania. But he dropped out of the University to pursue his career in comedy.

Kamau has a tall, rangy height. He is 6 feet 4 inches tall.