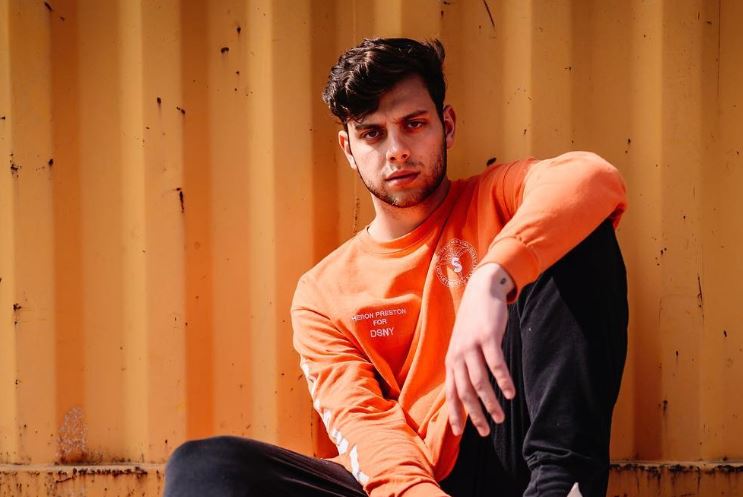 Anthony Trujillo is a rising YouTube star who runs a joint YouTube channel called ‘Chance and Anthony’ with his best friend, Chance Stutton. His wonderful pictures and videos on Instagram have earned him over 2.1 million followers. Besides, he is a member of a social group called “Team 10,” which was founded by Internet personality, Jake Paul.

After creating a Twitter account in December 2011, Anthony became a member of the social media group ‘Team 10,’ founded by his friend Jake Paul. Later, he created his Instagram account and began posting videos and pictures. Eventually, his account clocked more than a million followers. Now, he has over 2.1 million followers on Instagram.

After gaining fame as a social media star, Anthony created a joint YouTube channel called ‘Chance and Anthony,’ with his friend Chance Sutton on 13 March 2017. “ DYED THE MARTINEZ TWIN’S HAIR,” “CUTTING TESSA BROOKS HAIR,” and “Breaking into Jake Paul’s House” are some of the popular videos from the channel.

Though Anthony hasn’t disclosed the exact figure of his net worth, he has an estimated net worth of $1 Million.

Anthony is probably single as he tends to keep his love life away from the radar. He keeps on reflecting his personal life on his Instagram account, where he can be seen having fun with his friends. However, none of the posts suggests to us about his possible affair.

Fans hesitate to believe that the handsomely cute guy has no girlfriend. But unless he posts a picture with his girl or makes a video with her, it’s best to assume his relationship status as ‘single.’

Anthony was born on 4 May 1996 in Ohio, the USA, which makes his age 23. He spent his childhood in Cleveland, Ohio with sister, Rachael, and parents, Tony and Cinda. He grew up playing baseball in his neighbourhood with Logan Paul and his brother, Jake, as they all used to play together in their community. Both Logan and Jake became a viral social media stars, and later Anthony collaborated with them on YouTube videos.

Anthony graduated from Westlake High School in 2015. He has a decent height of 5 feet 11 inches.