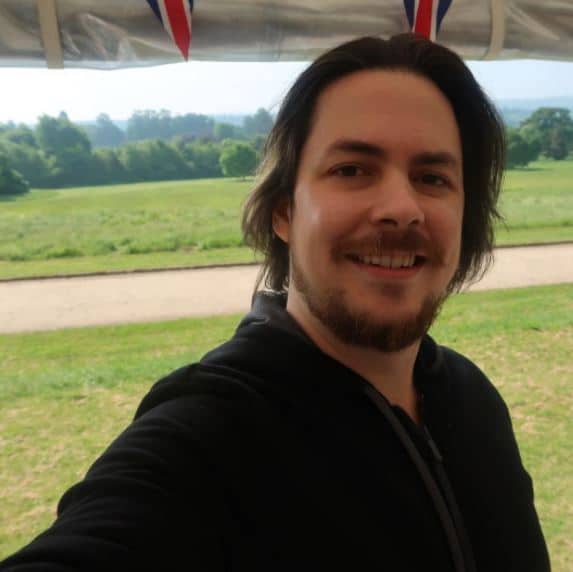 American internet personality, voice actor, and animator Arin Hanson AKA Egoraptor is widely known for his internet animations. He is the co-star and founder of YouTube web series, Game Grumps.

Besides this, he is also a gamer, comedian, songwriter, and cartoonist. He is also the creator of an animated web series, Awesome Series.

Arin Hanson’s professional career started after he joined Newgrounds on September 16, 2001, where he began making numerous animated films under the name of Egoraptor. His incredible skills with a sense of humor and sarcasm helped him to be in the spotlight in a short time.

On February 23, 2006, he posted his first Awesome series video titled Metal Gear Awesome. As the footage grabbed huge attention from May 30, 2008, he began uploading the Awesome series on his YouTube channel.

The animator then collaborated with Joshua Tomar to create comedic web animation series, Girlchan in Paradise. Besides this, he also hosted, produced, wrote, and directed web series, Sequelitis. He is also the creator of Lemon n’ Bill comedic game.

Besides the animation world, Arin is also a versatile voice actor. He has lent voice to many movies like Press Start, Sonic animation, Press Start 2 Continue, The Player’s Score, Cyborg Assasin: Legend of the Space Ninja, and others.

His voice is also heard in the television series like Fox ADHD and Rick & Morty sitcom. He is also a voice actor of Mighty Magiswords.

Arin is also the co-host, creator, and theme music composer of Game Grumps. Likewise, he is the face behind web series like Steam Rolled, Steam Train, and Grumpcade.

Being involved in multiple professions and also one of the famous faces in the entertainment world, Arin has collected a huge amount of money. As of 2020, his net worth is $2 million. Back in 2019, his worth was $1.2 million, and in 2016, it was $0.6 million.

As per Social Blade, his yearly income from the YouTube channel, Egoraptor, is between $17.4 thousand to $278.8 thousand. Likewise, he earns $1.5 thousand to $23.2 thousand per month.

If you have checked his Twitch channel, you can see him raising funds for charities. Back in 2015, his Twitch live streams helped to raise the donation of $70 thousand, rising to $155 thousand in 2016.

The 33 years old multitalented personality is a married man. He leads a healthy marital life with his wife, Suzy Berhow. His wife is a model and a YouTuber. She has a gaming channel, KittyKatGaming.

The duo, who first met at a convention back in 2004, started dating quickly after. Arin popped out the question in 2011, and two years later, they tied the knot on October 25, 2013, at Natural History Museum of Los Angeles County.

The 6 feet 2 inches tall voice actor is yet to welcome children with his wife.

Arin Hanson, whose full name is Arin Joseph Hanson, was born on January 6, 1987. The 33 years old internet personality was born in Margate, Florida, the United States of America; however, he now resides in Glendale, California.

The name of his father is Lloyd Hanson, who is a musician and mother is Maurette Hanson, who runs the charitable Healing Horse Therapy Centre. Arin’s father owns a website, OldFartsWithGuitars.com, where he explains his life as a musician.

Arin grew up with his brother, Nate, who is an aviator. While talking about his childhood, he often mentions his mother.

The internet personality attended Wellington High School but could not graduate. Later, his mother motivated and encouraged him to pursue a voice acting career.