Cassie Randolph is a family-oriented 23-year-old Californian girl, currently studying to be a speech pathologist. She gained public recognition after her participation in the 23rd season of The Bachelor. This season’s bachelor, Colton Underwood ended his season without an engagement after his dramatic fence jump. But it looks like he has won Cassie back as she went for an overnighter with him in the Fantasy Suite. He even called Cassie his “future fiancée.”

Cassie began her career as an ESL substitute teacher in Adult School in Huntington Beach, CA. She also works as a Speech Language Pathology Assistant in the school. Besides, she is a reality TV personality and social media star. She has amassed over 94k Twitter followers and over 1.1 million Instagram followers. 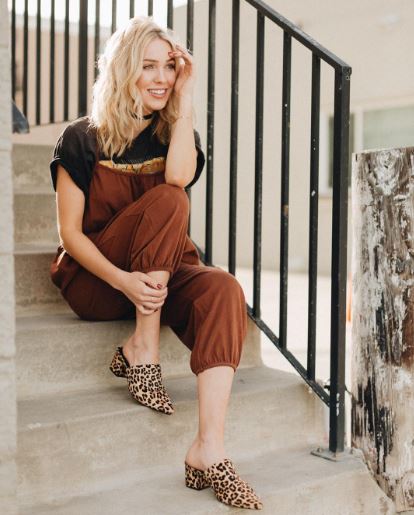 Cassie appeared in the 2016 reality TV series Just Once before her 2019 The Bachelor debut. She became famous after her appearance on the 23rd season of The Bachelor in 2019.

Her net worth dwells around $350 Thousand.

Before appearing on The Bachelor, Cassie was dating her now ex-boyfriend, Caelen Tiongson, a basketball player in the Philippines. They even appeared together in the show Young Once. Unfortunately, they weren’t meant to take their relationship to the next level.

Cassie won over the heart of Colton Underwood in the 23rd season of The Bachelor. But she wasn’t ready to get engaged, and she dumped him. Colton ended the season of the show without engagement and broke the tradition. However, he knocked on Cassie’s door and asked for a second chance. They even headed to the fantasy suite.

For now, they are happily together, but they’re not engaged. Recently, Cassie shared a picture on her Instagram where she can be seen sharing a kiss with Colton. She even expressed how thankful she was to Colton after he jumped a fence and fought for their relationship against the tradition.

Cassie Randolph was born on 27 April 1995 in Huntington Beach, California to parents – Amy Randolph and Mark Randolph. She grew up with her sister, Michelle Randolph, an actress and Instagram star, and a brother, Landon Randolph. She graduated from Biola University and earned her bachelors degree in communication sciences and disorders in 2016. Also, she attended the University of Wisconsin-Eau Claire in 2018 to obtain her master’s in speech pathology.

The 23-year-old Cassie has a decent height of 5 feet 7 inches. Her hair color is blond, and she has blue eyes.