We all know Jimmy Kimmel, for all those funny accents and talky things he does in ABC’s Jimmy Kimmel Live. We have seen him laughing and making us laugh always, but do you know the secret of all those? He makes us happy because he is happy in his real life. He is a married man, of whom has a very beautiful wife. His soul mate is no other than Molly McNearney.

Molly is not his first wife, he married her second time. Jimmy’s previous married life couldn’t go right and now he is happy with her new life. In fact, his new relationship is very deep and both even have children together. Today we will be talking about Molly McNearney married life and more about their relationship.

The relation of both was Boss-Employee when they met. But it was like friendship, as both were frank. The Glamour Magazine mentioned that their friendship was so strong that they stepped up to date each other from the year 2009. 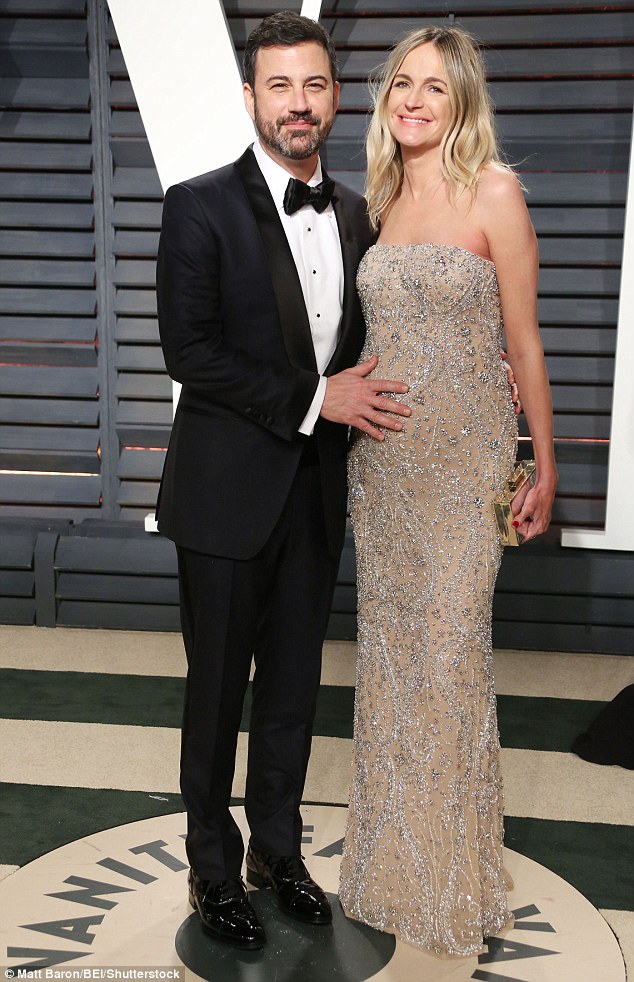 Caption: Molly McNearney with Jimmy Kimmel during her second pregnancy.

The proposal for marriage was pretty amusing, as Jimmy was the one to propose. In the year 2012, after three years of dating, Jimmy asked her ‘Will you marry me?‘ while both were enjoying a safari ride.

Molly and Jimmy hitched in the year 2013, July. Most of the renowned Hollywood celebrities attended their wedding ceremony. Both enjoyed duo-love life for almost a year and then became a trio. In the year 2014, Molly welcomed a new baby girl of whom she named Jane. And after three years, in 2017, she gave birth to her another child, a baby boy of whom she named William.

sincere thanks for the outpouring of love & support – Dr. Jane is keeping a close ear on Billy, who is very well – XO pic.twitter.com/QgSUminhmg

Her second child was not very healthy when born. He had to do open heart surgery because of heart defect. Pretty sad, isn’t it! But he is healthy now and doing everything fine. Jimmy himself tweeted about that:

“[William] is doing very well. He’s eating, getting bigger and is sleeping well.”

Molly is not the first wife of Jimmy. Before her, he married Gina Maddy. As the source mentioned, the ex-couple married in the year 1988. From this marriage, he had two children named Katherine and Kevin born in 1991 and 1993 respectively. But due to some reason, the ex-couple divorced in the year 2002.

Here we present you exclusive video of Molly McNearney’s wedding:

Well, we hope Molly’s life to be very happy with her husband Jimmy and her two kids.